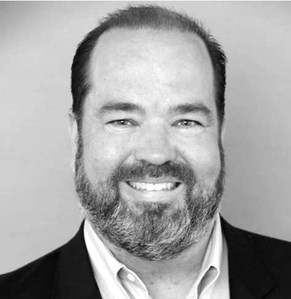 FUNERAL HOME
Flamm Funeral Home - Rexburg
61 North 1st East
Rexburg, ID
Aug. 28, 1972 - Aug. 1, 2021 It is with profound sadness and love that we announce the passing of Chad J Spaulding, 48, of Rexburg, Idaho. He passed away peacefully surrounded by his family on Sunday, August 1. Chad's battle with cancer showed his courage in facing life challenges with a smile. Despite the pain, he never complained and remained positive and strong until the end. Chad was born in southeast Idaho on August 28, 1972 to S. Dwight and Sheralyn Spaulding. He grew up on the family dairy farm in Burton, ID where he learned a strong work ethic that continued throughout his career. He enjoyed spending time outdoors and earned his Eagle Scout award. Chad graduated from Madison High School in 1990, where he was senior class president. He earned his AA degree from Ricks College, where he was ranked as a top national debate champion. He served a mission in Madrid, Spain for his church. He earned his BA degree from Brigham Young University, where he was heavily involved in student government. He earned an MBA from Harvard Business School. Chad loved to snowboard and was one of the first snowboard instructors at Grand Targhee Resort in Alta, Wyoming. He was also an avid scuba diver and had a passion for travel. For over 15 years, Chad served on the board of the St. Raphael School, where he advocated for and mentored underprivileged children in the inner city of Los Angeles, CA. He was also an active member of the Young Presidents' Organization (YPO). Chad began his career in the Investment Banking Division of Goldman Sachs in New York City. After completing business school, he was a Managing Director at Trinity Capital, an independent investment bank based in Los Angeles, CA. Most recently, Chad was a Managing Director and Head of Origination for CapitalSpring, a dedicated restaurant investment fund. In this role, Chad was a trusted advisor to restaurant owners and management teams in numerous mergers, acquisitions, capital raises and financial restructuring. Chad has been married to the love of his life, Alicia (Lissik), for almost nine years; they established their home in Manhattan Beach, CA. The couple has been blessed with two sons, Silas (7) and Wyatt (5). Chad was a kind and loving partner to Alicia, as well as a dedicated and affectionate father to his children. He found immense joy in watching and teaching his children, especially over the past year, how to ski. He loved to expose them to a variety of outdoor activities and sports. Above all, nothing brought more happiness or sense of accomplishment to Chad than spending time with his family. Chad will be greatly missed by his wife, sons, parents, siblings, nieces and nephews, cousins and friends. Chad was known for his quick wit, pranks, infectious smile, unmistakable laugh and kind, compassionate spirit. Chad's keen sense of humor brought joy and laughter to everyone around him. Funeral services were previously held in Chad's hometown of Rexburg, Idaho on August 14, 2021. If you would like to show support for Chad's family, please consider contributing here: https://everloved.com/life-of/chad-spaulding An open house will be held from 2:00 - 5:00 p.m., Saturday, August 28, 2021, located at the Hawkins' Residence, 3403 Laurel Avenue, Manhattan Beach, CA 90266 Flamm Funeral Home [email protected] 208-356-5721