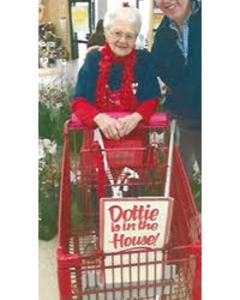 BORN
1926
DIED
2021
UPCOMING SERVICE
Memorial service
Jan, 29 2022
1:00p.m.
First Presbyterien Church of San Pedro
Send Flowers
Dorothea Hill was born on January 31, 1926 in Lakeland, Florida and passed away on November 9, 2021 in San Pedro, California, at the age of 95. She married Marshal W. Hill on March 10, 1946, in Chicago, IL, and had three sons: William (Bill), Mark, and Matthew. Dottie always thought of her life as a Cinderella story. She grew up with meager means in New York City, became a nursing cadet, married the man of her dreams in 1946, moved to Chicago and then in 1956 moved to Los Angeles, CA. Later in life, she went back to college and graduated from Cal State Long Beach in 1966 and earned a B.A. degree in Home Economics with a teaching credential, and became the chair of the Home Economics Department of South Gate High School, retiring in 1991. Her home economics skills led her to become a master cake baker and gingerbread house maker. Dottie went on to a second career as a substitute teacher at Dodson Middle School in San Pedro, California for another 15 years. Her third career was at Trader Joes, in Rancho Palos Verdes, California, as their "store ambassador" for ten years. She finally retired at the age of 93. Dottie's boss at TJ's said "San Pedro has lost a legend!" Shortly thereafter, Dottie moved to Harbor Terrace Retirement Community where she was affectionately known as the "First Lady of Harbor Terrace". She was very involved with First Presbyterian Church, in San Pedro, for over 60 years, serving in many capacities, including Sunday School teacher, Senior High Group Advisor, Outrigger Couples Group, and Youth Day Camp Director. Dottie loved her church! Dottie's life was always one of service to others. In keeping true to that, her last act was donating her body to the University of Southern California Anatomical Gift Program. This woman loved people! Like Will Rogers, she never met anyone she didn't like. Everyone she talked to became her friend and she talked to everyone, delighting them with her famous back rubs. Her positive, loving attitude affected each person she came in contact with. We will miss her immensely! Dottie is survived by her son, William (Bill) Hill and his wife, Shari; Bill's daughter Amanda Alegria and her husband, Shaun; Mark Hill and his partner, Deirdre Flanagan; Mark's son, Travis Hill, and his wife Lindsey, and their children, Brayden, Brooklynn and Bria; Mark's daughter, Candace Hill; Mark's son, Trent Hill; and Dottie's son, Matthew Hill. a Memorial Service will be held at 1pm on Saturday, January 29, 2022 at First Presbyterien Church of San Pedro, 731 S. Averill Ave, San Pedro. 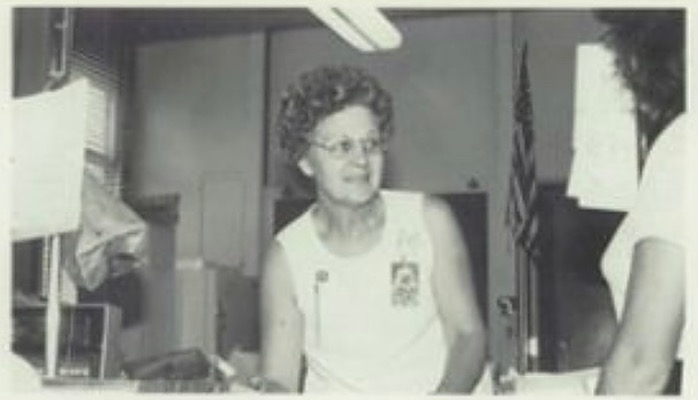 Wonderful lady and great teacher learned a lot from her as a student and part of future homemakers of America FHA-HERO and her cooking class. I know she molded a lot of minds and she will be tremendously missed. Class of 1983 South Gate High School
Tony Fernandez
School
December 7, 2021
Dottie, we miss you!
Robert & Linda Little
Other
December 4, 2021
One of the best women in the whole wide world. Her and Marshall were are favorite customers back in our Marie Callender´s days. And those back rubs at the end of a long shift were like gold. Her and Marshall are together again and that should give all of us great comfort.
Denise Marovich-Sampson
Friend
December 4, 2021
Dottie it is such a pleasure knowing you! Dottie as you are surely in the big house now your kindness will have many people looking forward to seeing you again in heaven. Truly the Joy of the Lord was displayed greatly by you to all.
Kristen
Friend
December 4, 2021
My Home EC teacher in High School. Late as an adult, I took a Chinese Cooking Class. It was in her daytime class room. Mrs. Hill would often be there on the nights the class was held. She would always give me recipes that she had used in that weeks daytime class of her's . She was kind and always ready to lend an ear to listen to you.
Lois Ripley Chavez
School
December 3, 2021
In 1979 Mrs. Hill gave me the award of Home Ec Student of the year. She took me under her wing and taught me a lot about life. I still have recipe books that she gave to me. I loved her dearly. She will be missed.
Chrislyn Starr Lowery
December 2, 2021
Every once in a while, when Dottie couldn't get work at Dodson, she would grace us with her presence and sub at Dana Middle School, where I was the Administrative Assistant. Her vibrant personality and zest for life was a joy to behold. I am thankful for the years I knew her. She was truly one of a kind.
Marie Dukesherer
Work
December 2, 2021
For the first 10 years of my life she was my 'other mother'. The joy she showed for her religion was a true miracle. Her love of life was phenomenal. When I was sick, she took care of me. My mom Nancy was Dotty's great friend. She is one of my top two San Pedrans, along with John Olguin. She had the very best soul I have ever came in contact with.
Mark Wells
Other
November 30, 2021
Dottie was so loved at Dodson. She was a true legend. Deepest condolences to her family.
Cindy Magyar
School
November 28, 2021
Showing 1 - 9 of 9 results