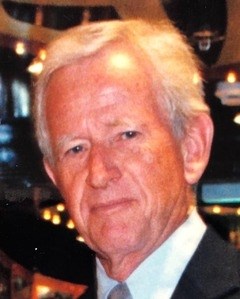 Erich Widmann was born in Winterthur, Switzerland on August 14, 1939. In 1967 he moved with Inge, his wife, and two boys to Montreal, where the youngest child was born. Wanting to move to Vermont, he applied to immigrate to the U.S, but, because the process took over a year, his offer of employment was rescinded. Cal Crown in Gardena, however, waited for him and in 1969 he drove across the US with his family to Redondo Beach where they settled down. After a 40 year career as a design engineer for Cal Crown and Hitco, he retired and took a management position at the Palos Verdes Library. As an avid skier, one of his duties in the Swiss military was laying comm lines in the Swiss Alps which was done on skis. Erich loved taking ski trips to Tahoe and Squaw Valley and trips to Palm Springs. He is survived by Inge, his wife of 55 years, three sons, Rene, Roland and Bernie, eleven grandchildren, and two great grandchildren.

Published by Palos Verdes Peninsula News on Nov. 13, 2021.
To plant trees in memory, please visit the Sympathy Store.
MEMORIAL EVENTS
To offer your sympathy during this difficult time, you can now have memorial trees planted in a National Forest in memory of your loved one.
MAKE A DONATION
MEMORIES & CONDOLENCES
Sponsored by Daily Breeze.
0 Entries
Be the first to post a memory or condolences.