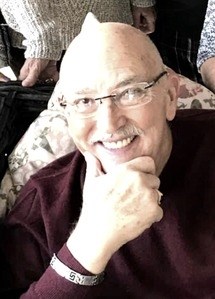 BORN
1945
DIED
2021
June 2, 1945 - November 8, 2021 Forrest "Woody" Howerton, 76 years of Greeley Colorado born 6/2/45, passed away on 11/8/21 in San Pedro, CA. Forrest, known to many as "Woody," graduated from Reseda High School where he lettered in varsity football and achieved record breaking rushing stats which still stand today. While in Reseda, Woody married, fathered 3 beautiful daughters, and raised his family working as a lighting gaffer for Universal Studios where he became "Woody from Universal" and lover of cinema and film. Woody remarried and explored his interest in fine dining and tried his hand as a restauranteur though quickly learned this was not his calling. Next on his list was travel and leisure, living in two different countries, Canada, and Mexico. Finally, Woody got back on the road and traveled north in his RV to Southern California where he reunited with his family. Woody was quick-witted, charming, funny and had impeccable comedic timing. He was a lover of oysters, dogs, fishing, and politics and those that know him can hear him say: "ForrestWoodWoodyGet it...GoodIt's Woody." Woody was loved, will be dearly missed, and is survived by his 3 daughters, Arlene, Jayanna, and Kristine.

Published by Palos Verdes Peninsula News on Nov. 17, 2021.
To plant trees in memory, please visit the Sympathy Store.
MEMORIAL EVENTS
To offer your sympathy during this difficult time, you can now have memorial trees planted in a National Forest in memory of your loved one.
MAKE A DONATION
MEMORIES & CONDOLENCES
Sponsored by Daily Breeze.
0 Entries
Be the first to post a memory or condolences.