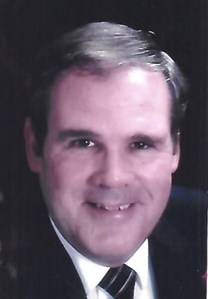 BORN
1937
DIED
2021
May 7, 1937 - Nov. 24, 2021 Frank Lawrence Gill passed away on November 24, 2021 peacefully at his home with family by his side his last few days. Frank is survived by his 3 daughters, 9 grandchildren and 3 great grandchildren. He is predeceased by his wife, Sally. Frank was born and raised in Cleveland, Ohio. Frank was the first in his family to graduate from college with a Bachelor's of Science Degree in Engineering from Fenn College. Frank went on to obtain a Master's Degree in Metallurgy from Case Institute of Technology (Case Western Reserve). Frank started his engineering career in Ohio, working as a structural engineer for NASA's Lewis Research Center and as Chief Research Engineer at Lamson and Sessions. In 1968, he moved his family to Southern California where he worked in engineering and operations at Hi-Shear Corporation. He took a break from the aerospace industry in the late 70s, joining Acme General/Stanley Works, but returned to Hi-Shear to close out his career. Frank had a passion for airplanes and the aerospace industry, sharing his interest and knowledge well after he retired. Frank was a dedicated family man and avid golfer. He was very proud of his children, grandchildren and great grandchildren. He was also dedicated to his church, Holy Trinity, in San Pedro. He regularly attended mass on Sundays from 1968 until 2020 when Covid-19 made it unsafe for him to attend. He volunteered in a major fundraiser for Holy Trinity and acted as a Eucharistic Minister for several years. Frank will be missed by his family, his church friends and his community friends.

Published by Palos Verdes Peninsula News on Jan. 2, 2022.
To plant trees in memory, please visit the Sympathy Store.
MEMORIAL EVENTS
To offer your sympathy during this difficult time, you can now have memorial trees planted in a National Forest in memory of your loved one.
MAKE A DONATION
MEMORIES & CONDOLENCES
Sponsored by Daily Breeze.
1 Entry
I'm sorry to read about Frank's passing. I knew him when I worked at Hi-Shear. He was a very nice man and was well liked by everyone. My sincere condolences to the family.
Sid Thornton
Work
January 5, 2022
Showing 1 - 1 of 1 results