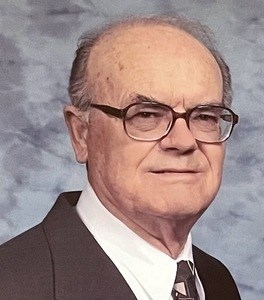 05/10/1934 - 11/03/2021 In loving memory of Izidor Viducic who was born on May 10, 1934 in Dragove, Dugi Otok, Croatia to Ante and Simica Viducic and passed away peacefully on Nov 3, 2021 at the age of 87, surrounded by his family. He immigrated to the United States with his mother in 1947 to join his father. Izidor married Maria Pesich in 1957 and they had three children. He was an ILWU member for 37 years and retired from Local 94 as a foreman in 1996. He is survived by his wife of 64 years, Maria; daughter Lore Barhanovic (Jim Perks) sons David (Silvana) Viducic and Steven Viducic; grandchildren; Steven Barhanovic, Christopher (Ivette) Barhanovic, Ryan (Lindsay) Viducic and Kristen Viducic; great grandchildren Petar and Kaylee Barhanovic, Riley and Chelsea Barhanovic and Jack and Alexandra Viducic. He is also survived by his nephews; Nedo, Ante, Ivan, Mario and Branko Viducic and their families. He is predeceased by his parents, brother Marijan and nephew Sime. Viewing will be on Nov. 16 from 4:30-8:30 and the funeral service on Nov. 17 at 11:30 at Green Hills Chapel. In lieu of flowers, donations may be made to the www.parkinson.org for Parkinson's Research.

Published by Palos Verdes Peninsula News on Nov. 14, 2021.
To plant trees in memory, please visit the Sympathy Store.
MEMORIAL EVENTS
To offer your sympathy during this difficult time, you can now have memorial trees planted in a National Forest in memory of your loved one.
MAKE A DONATION
MEMORIES & CONDOLENCES
Sponsored by Daily Breeze.
2 Entries
Our condolences to All Viducic famili!
Dragan Kaleb
November 17, 2021
I'm so sorry for the loss of your dad Lore and all his family members too. My condolences. From knowing you, I know he was a wonderful man. It's very hard on the people left behind and I know how you are suffering. He will always be watching over you and will forever be in your heart. I know you won't call but if you ever want to or need anything, you have my number.
Melinda A Davis
Family
November 14, 2021
Showing 1 - 2 of 2 results