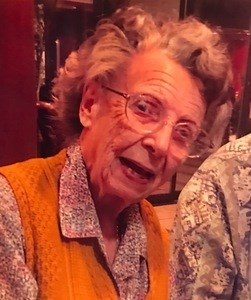 BORN
1925
DIED
2021
04/03/1925 - 11/10/2021 Jean Crittle passed away at the age of 96 years on Nov 10, 2021. Born in England. As a teenager, she lived through WW2 and worked at her father's butcher shop. At 24, she met the love of her life, John Crittle. John was in the Royal Air Force. They married in 1954. Soon after, they moved to Canada and then to the United State. First to Ohio, then to Florida, and finally settling in San Pedro, CA. In 1965, John Jr was born. John Sr was an engineer at Rockwell. Jean was a homemaker and sold Avon to her friends in the neighborhood. After John Sr retired from Rockwell. He then pursued a new career and became a Chiropractor. He opened a Chiropractic business in San Pedro, CA. Jean worked in the front office until her retirement. Jean, John Sr, and John Jr went on many vacations together, which included a month long trip to Australia, New Zeland, and Tahiti. John Sr passed away in 2006. John Jr moved in with his mother and took care of her until her passing. Jean passed away peacefully in her home of over 50 yrs. Jean was a loving Mother, Grandmother, and Great Grandmother. Jean is survived by her son John, her Granddaughter Crystal, and her Great Grandson Coal. Services will be held, grave site, at 11:00am on Friday Nov 19, 2021 at Green Hills Memorial Park in San Pedro, CA.

Published by Palos Verdes Peninsula News on Nov. 18, 2021.
To plant trees in memory, please visit the Sympathy Store.
MEMORIAL EVENTS
Nov
19
Graveside service
11:00a.m.
Green Hills Memorial Park
San Pedro, CA
MAKE A DONATION
MEMORIES & CONDOLENCES
Sponsored by Daily Breeze.
1 Entry
Hey John, I'm really sorry about your Mom. She lived a good long life and you're a saint for moving in and taking care of her. She was always really nice when we were kids... Sorry I missed the service
Steve Starr
Friend
November 24, 2021
Showing 1 - 1 of 1 results