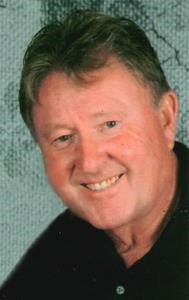 BORN
1940
DIED
2021
ABOUT
Mira Costa High School
FUNERAL HOME
Green Hills Mortuary & Memorial Chapel
27501 South Western Avenue
Rancho Palos Verdes, CA
8/9/1940 - 10/19/2021 Jeffery Arnold Verner was the second of five children born to Elwood and Grace Verner. He attended Lincoln Elementary School and was in the first graduating class at Hillcrest (Parras) Middle School. Jeff was a proud Mustang, graduating from Mira Costa High School in 1958. He earned a degree in Industrial Technology and was a member of Sigma Pi Fraternity at Long Beach State College. Jeff worked in industry at Norris Thermadore and Max Factor before being able to fulfill his dream of teaching by accepting a job offer from Mira Costa High School. He taught there for 38 years, coaching tennis for 34 years. Several of his players won Individual CIF Championships and his teams many CIF and League Championships. Jeff also coached the 2001 Robotics Team that won a National Championship in Orlando, Florida. For many years, he sponsored the ski club, taking the students on multiple yearly ski trips. Jeff touched the lives of so many students, not only as a teacher and coach, but also as a friend and mentor, and for some a substitute father. He truly loved his students and took great pride in their accomplishments while in school and after graduation. Jeff was able to devote more time to his new love, Marine Biology and Oceanography after his retirement in 2003. He thoroughly enjoyed being a docent on whale watch trips, teaching countless Classroom at Sea Classes, and becoming both an employee and volunteer at the Cabrillo Marine Aquarium. Jeff was also proud to continue his work with the U.S. Navy as a RDAC/Naval Consultant. Jeff was predeceased by his son, Michael; parents, Elwood and Grace, brother, Robert; his in-laws, Andrew and Lucy Mardesich; brother-in-law, Andy Mardesich; and "his other brother" Tonko Pitesa. Jeff is survived by his wife of 58 years, Winnie; his son, Sean, and wife, Madoka; daughter, Melissa Mercer and husband, Spencer; his precious grandchildren, the loves of his life, Mika and Sachi Verner; Spence and Sam Mercer; brothers Dale and Paul Verner; sister, Susan Souza, and many nieces and nephews. A Celebration of Life will be held in the chapel of Green Hills Memorial Park (27501 South Western Avenue; Rancho Palos Verdes, CA) at 11:30 on Saturday, November 20th. The family asks that those attending wear very casual colorful clothing, no black please. In lieu of flowers, please consider sending a donation in Jeff's name to: Cabrillo Marine Aquarium 3720 Stephen M. White Drive; San Pedro, CA 90731

Published by Palos Verdes Peninsula News on Nov. 12, 2021.
To plant trees in memory, please visit the Sympathy Store.
MEMORIAL EVENTS
Nov
20
Celebration of Life
11:30a.m.
Green Hills Mortuary & Memorial Chapel
27501 South Western Avenue, Rancho Palos Verdes, CA
Funeral services provided by:
Green Hills Mortuary & Memorial Chapel
MAKE A DONATION
MEMORIES & CONDOLENCES
Sponsored by Daily Breeze.
6 Entries
God bless you my friend and thank you for what you taught me in shop I still use what I learned today. I will always remember you . Oh yeah thanks for all the memories we have their great.
Ronald Zaragoza
Friend
November 19, 2021
My heartfelt condolences to the Mardesich and Verner families. You are in my thoughts and prayers.
Jon Manghera
Family
November 19, 2021
My prayers and sympathy are with you and your family during this difficult time.
Virginia Manghera
November 13, 2021
Our thoughts and prayers are with the Mardesich and Verner families. I remember meeting our new cousin over 58 years ago and noticing what a wonderful smile Jeff had. He gave the children in the family as much attention as the adults. Very good memories.
Vina and Chris Manghera Jones
Family
November 13, 2021
Deepest sympathy to the Verner family. This is a very sad loss.
Sallie Parker
Family
November 13, 2021
Dear Winnie, As an old friend from the days our boys were in Indian Guides together, I share with you the loss of our wonderful husbands. I lost Ray in January of this year. My heart broke for you when you lost your son and my heart goes out to you now as you face the future without Jeff. He was a wonderful person and father. Ray and I thought a great deal of you both. Although no one can truly share your grief, your friends and family will be a great source of comfort to you, especially in the year ahead. Fondly, Diana Martin
Diana Martin
Friend
November 12, 2021
Showing 1 - 6 of 6 results