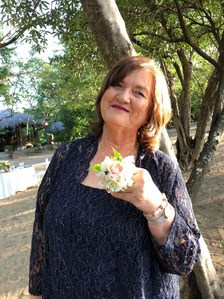 FUNERAL HOME
McNerney's Mortuary - San Pedro
570 W 5th St.
San Pedro, CA
February 10, 1947 - November 6, 2021 Joyce Yablan Jakic, 74, of San Pedro, CA passed away at home peacefully on the early morning of November 6, 2021, with her daughter and son-in-law by her side. She was born February 10, 1947 in Metkovic, Croatia, raised in Zagreb. Daughter of the late Rade Celic and the late Danica Cobornic. She is survived by her beloved daughter Nicole Ray, her son-in-law Evan Ray, extended family in Croatia and many friends who loved her. Joyce, also known as Radojka in her native language, immigrated to the United States at the young age of 10. She, along with her mother and younger brother fled communist Yugoslavia in 1957, crossing the border into Trieste, Italy with the help of the Catholic Church. She resided in a refugee camp for a year before obtaining sponsorship and settling in Cleveland Ohio in care of St. Paul's Croatian Church. In 1959 she would settle in San Pedro, CA which would be her home for more than 40 years. She attended San Pedro High School and became a registered dental assistant having obtained her degree from UCLA Extension. She loved her work in dentistry. She also raised two children and said it was her favorite job in the world. She is preceded in death by her son Ryan Yablan. She was a devout Catholic by faith, attended Holy Trinity Church in San Pedro and in Palm Desert, where she lived in retirement for 12 years, she attended Christ of the Desert. She was deeply proud of her Croatian heritage and also incredibly patriotic and proud to be an American Citizen. The final three years of her life she lived in Louisville, KY to be close to her daughter. She enjoyed the cross country road trip to get there in 2018, travelled to Costa Rica to attend her daughter's wedding and enjoyed many fun experiences in her new city .though always keeping both California and Croatia in her heart. She adored history and art. She loved humanity, saw the best in people and was loved by many. Please sign the guestbook at mcnerneysmortuary.com

Published by Palos Verdes Peninsula News on Nov. 18, 2021.
To plant trees in memory, please visit the Sympathy Store.
MEMORIAL EVENTS
To offer your sympathy during this difficult time, you can now have memorial trees planted in a National Forest in memory of your loved one.
Funeral services provided by:
McNerney's Mortuary - San Pedro
MAKE A DONATION
MEMORIES & CONDOLENCES
Sponsored by Daily Breeze.
0 Entries
Be the first to post a memory or condolences.