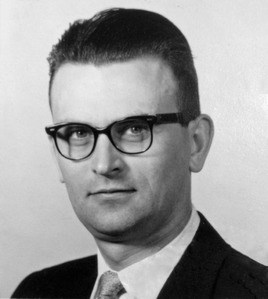 FOWELL, Leonard Richard 92, of Palos Verdes Estates, California, died on April 7th, 2021. He is survived by his four children: Richard Fowell, Joy Elaine Fowell, Loree Fields, Irene Fowell, and their spouses; his brother-in-law Raymond Irwin; his nephew Trevor; and his five grandchildren: Cheryl, Karen, Austin, Brandon, and Justin. He was predeceased by his beloved wife of 60 years, Joy Marie Fowell, his parents, and his brothers Ralph and Bert Fowell. Leonard was born July 28, 1928 on a farm near Nesbitt, Manitoba, Canada to Verda Alma Fowell and Gordon Herbert Fowell. He majored in mathematics, physics, and chemistry at the University of Manitoba in Winnipeg. During the summers, he attended the Royal Canadian Air Force (RCAF) Officer Training and Flying Schools at Trenton and Centralia, Ontario. He was part of a group of students who passed a rigorous selection process to qualify for training directly in the Harvard aircraft, rather than starting in an elementary training airplane. This postwar air force program was designed to produce high quality pilots more quickly than the two-stage training program that was previously used. He graduated as a qualified pilot in 1949 and as a RCAF Flying Officer in 1950. He received his Ph.D. from the Institute of Aerophysics at the University of Toronto in Applied Mathematics and Aeronautical Engineering in 1955. Len and Joy then moved to Texas where he worked for the Convair Division of General Dynamics Corporation as a Senior Aerodynamics Engineer. In 1960, he moved to Palos Verdes Estates to join Northrop Corporation in Hawthorne, California and build a successful research and technology department as the Supervisor of the Research and Advanced Systems Branch. He remained at Northrop for the rest of his career with responsibilities that included Chief of the Propulsion and Aeroballistics Research Group (1962), Director - Research and Technologies (1963), Director, Hypervelocity Systems Section (1966), Director - Special Advanced Programs Section (1969), Director for the RF-5E Tigereye (1976), and Program Director for the F-5/T-38 Aircraft (1989). One of his early high-profile Northrop projects was the lifting-body program that developed the M2-F1/F2/F3 and HL-10. He was an Associate Fellow of the AIAA. In the final years of his life, he was grateful to receive regular news from Canada due to phone calls from his cousin Ernie, his brother Bert, and from Blanche Miller, a long-time family friend. He maintained contact with his former Northrop co-worker Jim Franks and his wife Ruth. Leonard provided continuous stability for his family and could always be counted on. His children thank the caretakers from A Place at Home who allowed him to remain at home when his physical condition weakened, with a special thank you to his caretaker Sean for regularly taking him outside during his last year so he could enjoy the breeze from the ocean.

Published by Palos Verdes Peninsula News on Aug. 27, 2021.
To plant trees in memory, please visit the Sympathy Store.
MEMORIAL EVENTS
To offer your sympathy during this difficult time, you can now have memorial trees planted in a National Forest in memory of your loved one.
MAKE A DONATION
MEMORIES & CONDOLENCES
Sponsored by Daily Breeze.
1 Entry
Len Fowell was one of the highest quality people I met during my time at Northrop. And a brilliant leader too.
Andrew Skow
Work
August 27, 2021
Showing 1 - 1 of 1 results