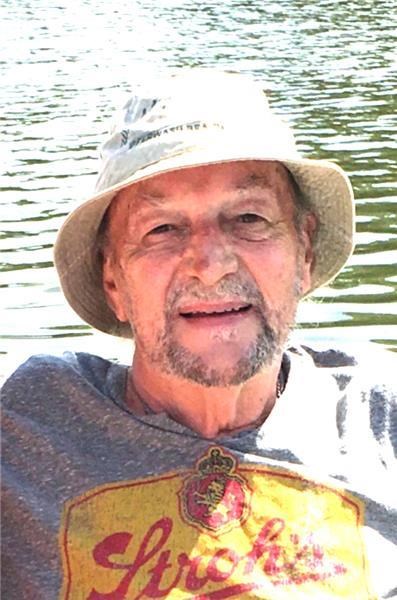 Upon graduation from Grosse Pte. South High School in 1965, Michael served our country with the US Marine Corp. Following an honorable discharge in 1969, Michael returned to Detroit to be with his first born daughter, Kelly (nee Barry) Benoit and his former wife, Leslie Hudson, who he remained friends with forever.

Mike was a real lover and believer in Detroit and used his time to create many businesses there, helping many young people to get their first jobs and helping them to believe in themselves. He was most known for creating one of the first "Photo T- Shirts". He initially started with a booth at the Michigan State fair and later opened a store front on Mack Ave in Detroit.

Mike went on to create silk screens for many local businesses. He transferred their Logo's on to T-shirts, hats or just about anything a customer requested. Including countless little pink/blue newborn T-Shirts "I was born @………hospital" for many hospitals across the country.

Later in life he became a Tax Advisor for H & R Block! He was an expert in the field, loved by many and always had a large following each year.

Fun facts about this big hearted man : Michael was also the Grand Turtle and turned everyone that he would meet into a turtle. Let me ask you one question, Are You A Turtle? He also loved to travel and spent a lot of time in Europe, especially a small town in Spain called Sitges where he met many life long friends from all over the world. Later in life he traveled with family in S E Asia, he loved Thailand the best!

Michael, "Mike Dude", "Pa" loved to be around family and friends, he frequently traveled between Detroit & Santa Monica. While in Detroit, he especially enjoyed spending time with his granddaughters.

He would do just about anything for anyone and never asked for anything in return. He was one of the most kind, gentle and caring sons, brother, father, uncle, grandfather and friend.

Mike will never be forgotten, his larger than life laugh will ring in our ears and his generosity of heart will warm us always.

The family will be planning a celebration of Mike's Life at a later date.
Published by Palos Verdes Peninsula News on Jul. 14, 2021.
MEMORIAL EVENTS
No memorial events are currently scheduled.
MAKE A DONATION
MEMORIES & CONDOLENCES
1 Entry

Love the whole Barry Clan. Thinking of Michael with warmth and sadness. Thinking of my dear Shawn and how she is the ring holding it all together.
Vern & Renee Castle
Friend
August 2, 2021
Showing 1 - 1 of 1 results