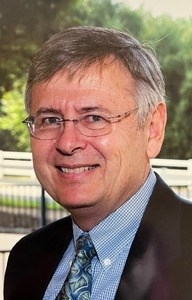 FUNERAL HOME
Lighthouse Memorials & Receptions- White & Day Center
901 Torrance Blvd
Redondo Beach, CA
June 2, 1947 - December 9, 2021 Michael Paul Falvey, M.D. a renowned plastic and reconstructive surgeon, age 74, died on December 9, 2021, surrounded by his loving family at home in Palos Verdes Estates, California. Dr. Falvey was born on June 2, 1947, in Tucson, Arizona to parents Paul J. Falvey and Josephine Willy Falvey. He attended Salpointe Catholic High School and graduated from the University of Arizona, where he was affiliated with the Alpha Tau Omega fraternity. After medical school at the University of Arizona, Dr. Falvey was a resident in General Surgery at New York University in New York City before completing his surgical training as a Resident in Plastic Surgery at UCLA. After entering private practice in 1978 in Torrance, California, Dr. Falvey was twice elected by his peers as Chief-of-Staff at Torrance Memorial Medical Center. He also was elected to the hospital's Board of Trustees. He had served as the chairman of the hospital's Burn Committee and on the Credentials Committee. In addition, Dr. Falvey served on the medical staff at Little Company of Mary, South Bay and Harbor General Hospitals and as an Assistant Professor at Harbor-UCLA Medical Center. More than these career accomplishments, Michael will be remembered by his family, friends, and co-workers as "Just a great guy." He always went the extra mile, with a smile on his face, with humility, compassion, and love. His sense of humor and good nature were legendary among the medical community. Michael is survived his two children, son Mark (Kathleen) of St. Louis, MO and daughter Michelle of New York, NY; his partner Marguerite (Meg) McCormick, and his brother Lawrence (Anne). He is also survived by several cousins and Meg's family: Christen McIntyre (Johnny), Taylor and Jamie McIntyre; Ryan McCormick, Curran and Braden McCormick In lieu of flowers, the family requests donations be made to the Torrance Memorial Foundation https://www.torrancememorialfoundation.org/donate or The Michael J. Fox Parkinson's Foundation https://www.michaeljfox.org/donate Funeral Mass Service: January 8, 2022 1:00 pm St. John Fisher Catholic Church 5448 Crest Road Rancho Palos Verdes, CA 90274

Published by Palos Verdes Peninsula News on Jan. 2, 2022.
To plant trees in memory, please visit the Sympathy Store.
MEMORIAL EVENTS
Jan
8
Funeral Mass
1:00p.m.
St. John Fisher Catholic Church
5448 Crest Road, Rancho Palos Verdes, CA
Funeral services provided by:
Lighthouse Memorials & Receptions- White & Day Center
MAKE A DONATION
Please consider a donation as requested by the family.
MEMORIES & CONDOLENCES
Sponsored by Daily Breeze.
8 Entries
I was saddened to hear that Dr. Falvey passed. I had the pleasure of working with him for over a decade when I was with Thipa for 27 years. Dr. Falvey was the most kindest, witty, and good natured person. Every day he made sure he made me laugh. Such a kind man. When I had injured myself and had a 2nd degree burn, he got on the phone and made a call to make sure I was taken care of ASAP. You will never be forgotten sir. Sending prayers and to all Dr. Falvey's loved ones for strength during this difficult time. Much love & respect. Annette Kelley
Annette Kelley
Work
January 11, 2022
Dear Meg, Mark and Michelle, I´m so sorry for your loss. You father, and your partner, Meg, was a wonderful human being. I never heard a disparaging word from his lips. Though I never met him until the 1980s, I feel like I knew him and his character pretty well. He was a kind soul who truly wanted to leave his mark on people and it appears that he did. We always looked forward to his visits to Tucson and appreciated the time we spent with him during those times. I am sure you have so many beautiful memories of him that you can reflect on for years to come. He was a kind person who will be missed by so many. Please accept my heartfelt condolences. May you find solace from friends and family.
Jeanine Domicone
Friend
January 11, 2022
Michael was the first Plastic Surgeon to welcome me to the Torrance medical community some 30 plus years ago. His endless good nature, willingness to lend a hand, offer a useful thought, or just bolster your spirits was ever present and always so much appreciated... I feel blessed to have known him and miss his presence tremendously.
Jim Wethe
Work
January 6, 2022
Michael was definitely a member of the "good guys " club. Gentle, mild-mannered, quick witted, and skilled surgeon. Lifting the family up in prayer as they navigate the sea of grief and loss. May the Lord be with you
James and Sheila O´Neill-O´Connor
Friend
January 6, 2022
It broke my heart to read of Dr. Falvey's passing. I was fortunate to have known and worked at Torrance IPA with him for over 20 years. He was one of the kindest, most good humored people I have ever known. Dr. Falvey will be greatly missed. Sending my deepest sympathy to his friends and family.
Cindy Durant
January 4, 2022
The Salpointe Catholic High School community extends deepest sympathy to Dr. Falvey's family and friends. You are in our prayers at this difficult time.
Salpointe Catholic High School
School
January 4, 2022
I just heard this morning from David Haas that Michael passed away last week. This is a tremendous loss to all of us who knew him .Mike was one of the kindest ,nicest physicians and friend that I have ever met. I had never heard him say a negative word about anyone. Being in his presence always made me smile and I´m happy that I was able to spend at least 25 years with him both at the hospital and at the IPA. He will be surely missed by all of us. My heart felt condolences to Meg and his children.
Norman Panitch
January 2, 2022
I remember Dr. Falvey´s kindness, big smile and sense of humor fondly. My condolences to Meg and the family.
Terry Glowacki
Friend
January 2, 2022
Showing 1 - 8 of 8 results