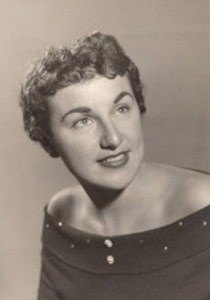 BORN
1937
DIED
2021
FUNERAL HOME
McNerney's Mortuary - San Pedro
570 W 5th St.
San Pedro, CA
Nancy (Di Leva) Ambrosi 07/17/1937 - 12/24/2021 Nancy (Di Leva) Ambrosi, loving mother, grandmother, aunt and friend, peacefully passed into eternal life on Friday, December 24th at the home of her daughter Christy in San Pedro, CA. Nancy was born to Salvatore and Maria Christina Di Leva on July 17, 1937, in San Pedro, where she grew up. Nancy was a graduate of Mary Star of the Sea High School where she met the love of her life, Richard Ambrosi. They were married on August 24, 1957 and raised four children. Richard and Nancy moved to Ketchum, ID in 1979 where they enjoyed the outdoors and small-town community. In particular she enjoyed cross country skiing. They moved to Post Falls, ID in 2002 and became active parishioners at St Joan of Arc Catholic Church in Coeur d' Alene, ID. Most important to her in life was her Catholic faith and spending time with family and friends (especially her grandchildren). Nancy enjoyed traveling, cooking, bowling, playing cards, and Sunday gatherings with fellow parishioners. Throughout the years, Richard and Nancy loved to gather with friends and family to share a meal where many laughs were had. Nancy is preceded in death by her husband Richard Ambrosi, son-in-law Mario Meyers, parents, brothers and in-laws: Anthony and Louise Di Leva, Jero and Betty Di Leva, Michael Di Leva, Sal Di Meglio, Mario and Virginia Di Leva, Joseph Di Leva, and Nick and Beverly Zanze. She is survived by her children Tom (Karen) Ambrosi, Rick (Noreen) Ambrosi, Vicky (John) Smoot, Christy Meyers; grandchildren Alexandra (Ryan), Will, Courtney, Katie; sister Philomena Di Meglio and many cousins, nieces and nephews. The funeral mass will be celebrated at 10:30am Tuesday, January 4th at Mary Star of the Sea Catholic Church. A rosary for Nancy will be prayed at the Church prior to the funeral mass. Interment will be held at Green Hills Memorial Cemetery immediately following the funeral mass. In lieu of flowers, donations can be made to Mary Star of the Sea High School, 2500 N. Taper Ave, San Pedro, CA 90731 or to a charity of your choice. Please sign the guestbook at mcnerneysmortuary.com.

Published by Palos Verdes Peninsula News on Jan. 1, 2022.
To plant trees in memory, please visit the Sympathy Store.
MEMORIAL EVENTS
Jan
4
Funeral Mass
10:30a.m.
Mary Star of the Sea Catholic Church
CA
Funeral services provided by:
McNerney's Mortuary - San Pedro
MAKE A DONATION
Please consider a donation as requested by the family.
MEMORIES & CONDOLENCES
Sponsored by Daily Breeze.
2 Entries
Growing up I lived around the block from Nancy and we often walked to Mary Star school together. She was always pleasant and had the most beautiful eyes. My sympathy to all her family.
Gerldine Vukov Marcia
January 3, 2022
My deepest sympathy to all of the family I went to school with Nancy she was a great gal lots of fun May she Rest In Peace
Carlyn medak belsky
January 1, 2022
Showing 1 - 2 of 2 results