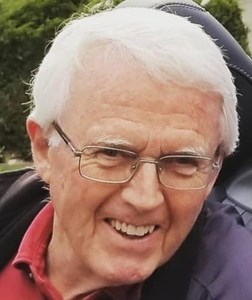 BORN
1935
DIED
2021
Paal Jonn Bakstad passed away in Rancho Palos Verdes on November 5, 2021 with his loving family by his side. Born in 1935 in Oslo, Norway to Elsie and Hjalmar Bakstad, Paal, his twin brother Per, and older brother Einar were part of a tight knit family which lived through the challenging WWII years of Nazi occupation, of which he had many stories to tell. Despite average scores in most courses, perfect grades in math and physics qualified him for admission to a top university in Norway, Norges Tekniske Høyskole in Trondheim.While studying there he met Edel, they were married in 1961. After working at the Norwegian Atomic Energy Institute for a few years, Paal headed to UC Berkeley where he completed graduate work in the Nuclear Engineering Department. Paal and Edel's daughter was born back in Norway, but the great experience they had living in the U.S. led them to return, and this time they stayed! In 1969, Paal and Edel moved to Rancho Palos Verdes, as Paal was settling into a career with TRW and their son was born. After 25 fulfilling years with TRW, Paal returned to school to earn a teaching credential and spent 10 years working in the Palos Verdes Peninsula School District, much of it as a substitute at Peninsula High, proudly sharing his love of math with his students. Paal loved staying active, running many races, and was particularly proud of the 9 times he ran the PV Marathon. He was a longtime member of the Peninsula Racquet Club, and in later years the Palos Verdes Tennis Club. Many lifelong friends were made on the tennis court. He was an avid biker and never got tired of his ocean swims. Most vacations were spent in Mammoth Lakes and in Norway, cross-country skiing and hiking. Paal was active in the local Norwegian Community, spending years on the board of Nansenfield, ensuring that all who were interested had a wonderful place to gather for events and soccer. He had a great sense of humor and was always up for a dance. Paal's dedication to his family and friends was beyond measure, and he will be sorely missed. Paal is survived by his wife of 60 years, Edel, his children Anne Sofie and Paal Hjalmar, his grandchildren Carina, Eric, Rex, and Axel, and his loving extended family. A celebration of life is being planned for January 2022.

Published by Palos Verdes Peninsula News on Nov. 25, 2021.
To plant trees in memory, please visit the Sympathy Store.
MEMORIAL EVENTS
To offer your sympathy during this difficult time, you can now have memorial trees planted in a National Forest in memory of your loved one.
MAKE A DONATION
MEMORIES & CONDOLENCES
Sponsored by Daily Breeze.
0 Entries
Be the first to post a memory or condolences.