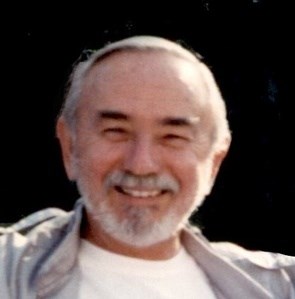 BORN
1933
DIED
2021
3/4/1933 - 10/26/2021 Richard Emil Hansen passed away peacefully at home, after a brief hospital stay. Richard was the youngest of 4 children, born on a farm in Wisconsin to parents Emil and Laura Hansen. After graduating from high school, Richard joined the Air Force and was trained in Korea as an air traffic controller during the war. After his service was completed, he first worked at the FAA center in Los Angeles, and then spent the remainder of his career as an air traffic controller at the Long Beach Tower, before retiring at age 48. He met his wife Peggy in 1963 at the Chabanal Club, an American Martyrs group for young singles. They married in 1965. A lifelong Catholic, he was a member of American Martyrs Church when it was at its original location on Highland Avenue. Richard loved hunting and fishing with his son and buddies. He was always ready with a warm smile and a cold beer. He loved playing the ponies and Willie Nelson. He even played the drums in a polka band in his youth! He will be deeply missed by Peggy, his children Matt and Rachel, his son-in-law Eddy, his brother John, his nephews and nieces, and his many friends. A funeral mass will be held at American Martyrs Church in Manhattan Beach on Saturday, November 20th, at 12:00 pm. A celebration of life will follow.