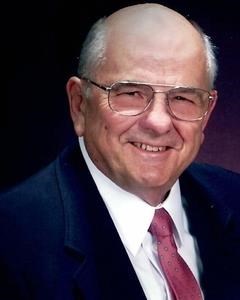 Oct 30, 1932 - Oct 24, 2021 Richard Edward Klein was called home to God on the evening of October 24, 2021 after 88 years of blessed life on Earth. Dick was born in Akron, Ohio on October 30, 1932 to Gerald and Dorothy Klein. As a youth, he raced in the annual Soap Box Derby competition at Derby Downs in Akron. During his teen years, Dick's family moved to California, settling in Fontana, where his parents owned and operated the Paradise Motel on Foothill Boulevard. Dick attended and graduated from Loyola University in Westchester in 1954. He met his future wife (of nearly 60 years), Sonia Sincich, when, while working at a local furniture store in 1956, he delivered a rug for her room to her parents' home in the Hollywood Riviera area of Torrance. From 1956 until his retirement in 1993, Dick was employed with the South Bay Union High School District, primarily at Redondo Union High School. For many years he was a biology teacher, later taking on the positions of Counselor, Head Counselor, Dean of Discipline and Vice Principal. At his retirement, he was the Principal of the District's adult school. In the late 1950's and through the 1960's, Dick and Sonia welcomed four boys into their family. The family spent some time each summer travelling by car around the West seeing as many national parks as time and money would allow. Dick enjoyed sailing (teaching sailing skills to King Harbor Yacht Club members' children during summers), stamp collecting, wood working and auto racing, over the years travelling to Portland, Denver, San Jose and Monterey to watch Indycar racing. As time passed, proud grandfather and great grandfather were added to his life's resume. Sonia predeceased Dick in November 2017. Dick is survived by his four sons, Michael (Ann), John (Kim), Patrick (Randy) and Paul (Kate). He also leaves behind grandchildren Scott (Brittany), Allison and Elizabeth, great grandchild Nicole, as well as his brother-in-law, Boris Sincich, and nephews, Wayne (Kath) and Lawrence, and niece, Catherine. A memorial Mass celebrating Dick's life will be held at St. Lawrence Martyr Catholic Church, 1900 S. Prospect Avenue, Redondo Beach on Saturday, November 13, 2021 at 10:00 am. In lieu of flowers, the family asks that donations be made to St. Lawrence Martyr Catholic Church or a favored charity.

Published by Palos Verdes Peninsula News on Nov. 8, 2021.
To plant trees in memory, please visit the Sympathy Store.
MEMORIAL EVENTS
Nov
13
Memorial Mass
10:00a.m.
St. Lawrence Martyr Catholic Church
1900 S. Prospect Avenue, Redondo Beach, CA
Nov
15
Service
10:00a.m. - 10:45a.m.
Queen Heaven Catholic Funeral Home
1562 E Baseline Rd, Mesa
MAKE A DONATION
MEMORIES & CONDOLENCES
Sponsored by Daily Breeze.
2 Entries
Mr. Klein was a favorite teacher of mine and a truly kind man. I am fortunate that I knew him most of my life. He had a very strong impact on my young life with his gifted and engagingly personal teaching style. (Later in life I became a biology teacher at RUHS myself.) I will always remember him as the teacher that kept me coming to class when I was just as likely to ditch. He can be described as "firm but fair" in the classroom. I learned so much from him and I´ll always be grateful that he was part of my life, he made a real difference. My deepest condolences to his family, friends and colleagues.
Terry Brady Martinez
School
November 8, 2021
As the days and weeks pass, and as you return to life's routine, may you continue to feel comforted by the love and support of family and friends. Please take comfort in the words found at 2nd Thessalonians 2: 16,17.
DT
November 8, 2021
Showing 1 - 2 of 2 results