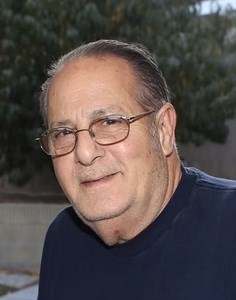 BORN
1941
DIED
2021
July 16, 1941 - December 20, 2021 VINCENT CARMEN PIROZZI passed away peacefully, surrounded by his family, on December 20, 2021, at the age of 80. He was born on July 16, 1941, in San Pedro, CA, as the son of Umberto and Annie Pirozzi. Vince graduated from Mary Star High School, Class of 1959. Following graduation, he served with the US Army Reserves for six years. In 1965, he met and married the love of his life Joyce Ann. He then started his career in the Wine and Spirits industry as a liquor salesman. Before he knew it, he was selling to all the local bars, restaurants, and liquor stores in San Pedro. With his sense of humor, and his charm, he was sure to put a smile on your face. Everyone loved "Vince." After 31 years, he retired from Southern Wine and Spirits. From that day on, words he lived by were "I'll never do anything, I don't want to do." He was a dedicated family-man, who enjoyed making meatballs with his grandkids and eating them of course. He enjoyed gardening, working on projects around the house, and just being home with his family. In addition to his parents, he was preceded in death by his father-in-law Robert Gant, his brother John, and his loving son Joe. He is survived by his loving wife, Joyce Ann of 56 years; his son Vince and his wife Cindy, daughter Lisa and her husband Kevin Homaizad, his five beautiful grandchildren, Kevin Jr., Jessica, Michael, Kameron and Kara, and his mother-in-law Helen Gant. Due to the COVID surge, a memorial mass will be set for a later date.

Published by Palos Verdes Peninsula News on Jan. 5, 2022.
To plant trees in memory, please visit the Sympathy Store.
MEMORIAL EVENTS
To offer your sympathy during this difficult time, you can now have memorial trees planted in a National Forest in memory of your loved one.
MAKE A DONATION
MEMORIES & CONDOLENCES
Sponsored by Daily Breeze.
5 Entries
Joyce and family - I am so sorry for your loss. May you be surrounded by the love of family and friends during this challenging time. Thinking of you and sending prayers.
Melanie Real
January 10, 2022
So saddened to hear of Vince's passing. May our Father hold you close at this hard time. He was such a pleasant, fun man. Prayers for you and family.
Peaches
January 10, 2022
Vince and Family: So sorry to hear about the loss of your father. Praying you will experience God's comfort in the days ahead.
Steve Marconi
January 6, 2022
Vince was one of the nicest men I have ever had the privilege of meeting. His warm smile, sense of humor and inviting demeanor made me feel like I had known him for years. He will be greatly missed, but I know he is smiling down on us and Heaven is a brighter place because of his presence.
Joshua Mogush
Friend
January 5, 2022
To Joyce and family my sympathy and condolences to you for your loss. Judy Rollins
Judy Rollins
January 5, 2022
Showing 1 - 5 of 5 results