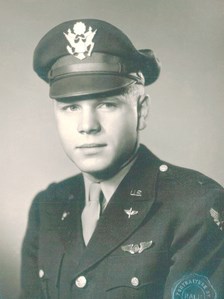 BORN
1922
DIED
2021
Oct. 11, 1922 - Dec. 28, 2021 William John Keck was born in Everett, Massachusetts to Anna Maria Drozdzik and Joseph Bruno Keck, each originally from Poland. He moved to Avon as a child where he began his education. Playing baseball was a favorite pastime. After graduation from Hyde Park High in 1940, he attended Northeastern University in Boston. Two years into his engineering program, Bill enlisted in the US Army Air Corp. He reported to Boca Raton, Florida, for training as an aircraft maintenance officer before going to New Mexico for Flight Engineer training. Bill flew 24 bombing missions in the Asian/Pacific theatre in WWII as a B-29 Flight Engineer. Having achieved the rank of 1st Lieutenant, he was honorably discharged in November 1945. He then returned to Northeastern and completed a B.S in Mechanical Engineering. He later achieved an M.S. in Electronic Communications from George Washington University in Washington, D.C. Bill began his Aerospace Engineering legacy at Chance Vought Aircraft in Stratford, Connecticut, where he met his future wife, Natalie Ann Colonnese. The two were married in April 1951. He later worked with Aerojet General Corporation in Sacramento, California, and Communications Satellite Corporation (COMSAT) in both El Segundo, California and Washington, D.C. Bill took up flying and earned his wings as a Private Pilot taking his family of five on cross-country adventures in a single engine aircraft. He later took up gliding and always looked forward to Saturdays when he would soar over the southern California high desert. The professional achievement of which he was most proud was guiding the development of the Polaris A-3 Submarine-Launched Ballistic Missile program through its final production. A devoted husband and father, Bill was also known for his generous spirit, sense of humor and artistic creativity. He enjoyed painting, woodworking projects, the outdoors and baseball. He also volunteered with Harbor InterFaith, a local ESL tutoring program, special construction projects at St. Luke's Presbyterian Church, and the Air Force Honor Guard. Bill was predeceased by his parents; beloved wife, Natalie; sisters Josephine Horton, Helen Smith and Emily Nelson; and brothers Alfred Keck and Robert Keck. He is survived by his three daughters, Carol Marashian (Charles), Sallyann Keck, and Susan Keck-Truman (Alan); grandchildren Sara Woolsey (Sean), John Marashian, Hannah Marashian and Trip Truman; and great-granddaughter Ondine Woolsey. In lieu of flowers, the family requests honorary gifts be directed to Smile Train at www.smiletrain.org. Use [email protected] when prompted for an email address. Or call 800-932-9541.

Published by Palos Verdes Peninsula News on Jan. 9, 2022.
To plant trees in memory, please visit the Sympathy Store.
MEMORIAL EVENTS
To offer your sympathy during this difficult time, you can now have memorial trees planted in a National Forest in memory of your loved one.
MAKE A DONATION
MEMORIES & CONDOLENCES
Sponsored by Daily Breeze.
2 Entries
Got to know Bill when he was flying at Krey Field. I find no pics of him on the ground, because he was always first up and last down. A real gentleman of humor, sagacity, and kindness. Ave atque Vale
Mike Herrin
Other
January 9, 2022
Got to know Bill when he was a regular at Krey Field; an outstanding sailplane driver and a wonderful, kind, and insightful gentleman. I searched my photos of people on the ground, but Bill was always up where we wanted to be. Ave atque Vale
Mike Herrin
Other
January 9, 2022
Showing 1 - 2 of 2 results