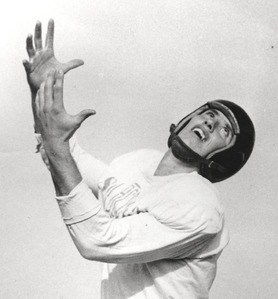 Oct. 7, 1930 - Oct. 17, 2021 Bill was born and raised in Wilmington to pioneers Elsie and L.H. Raine. He passed away peacefully, surrounded by his family in Gig Harbor, Washington. He attended Gulf Ave, Fries Ave, and Banning High School, Summer Class of 48. where he was a 3 sport star athlete. Bill was a football player - playing semi-pro for the Blue Tide of San Pedro and then Long Beach City College where in 1950 they became Junior Rose Bowl Champions. After LBCC he transferred to Fresno State College and earned a business degree along with a record breaking football career . In 1953, he entered the U.S.A.F., faithfully served his country. Returning home Bill and his brother Bob formed a partnership starting Culligan Soft Water and Coin Meter Pacific. In 1975 Bill and Joyce retired to Gig Harbor, WA and Honolulu, HI. Bill is survived by his wife Joyce of 70 years (who he started dating in the 10th grade); children, Lori of Olalla WA, Janel of liwaco WA, Michael (Ruby) of Little Rock AR, and Billy (Karen) of Gig Harbor, WA; brother Bob Raine (Virginia) of San Pedro, CA, sister Ruthie Sheehan of Quartz Hill, CA. Bill and Joyce also are survived by their 13 grandchildren and great grandchildrenl. God Bless You Brother. 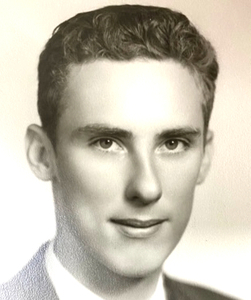 Published by Palos Verdes Peninsula News on Nov. 19, 2021.
To plant trees in memory, please visit the Sympathy Store.
MEMORIAL EVENTS
To offer your sympathy during this difficult time, you can now have memorial trees planted in a National Forest in memory of your loved one.
MAKE A DONATION
MEMORIES & CONDOLENCES
Sponsored by Daily Breeze.
1 Entry
Such a lovely Wilmington family of long ago. Bill and Joyce were such a fun and loving couple. Just like Bill´s parents. And, all were so kind to all the kids growing up in the 1950´s on Alton Street. A great family and great memories. Rest In Peace.
L. Davidson
November 19, 2021
Showing 1 - 1 of 1 results