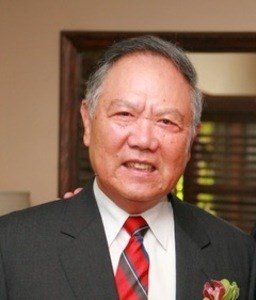 BORN
1936
DIED
2021
FUNERAL HOME
Green Hills Mortuary & Memorial Chapel
27501 South Western Avenue
Rancho Palos Verdes, CA
01/13/1936 - 06/26/2021 William Min-Chin Wang was born on January 13, 1936, the 12th of 15 siblings, in the port city of Keelung, Taiwan. He passed away on June 26, 2021 on the Palos Verdes Peninsula. After graduating from Taiwan's National Oceanic University, William began a career in the maritime industry, working first as a seaman on cargo ships, then participating in the founding of Evergreen Marines Corporation. In the mid 1960s, with only a mechanical sexton and without any electronic equipment, William captained Evergreen's first ship, an outdated World War II-era cargo vessel, from Japan back to Taiwan. As the company grew, William moved to the U.S. in 1975 and settled in Palos Verdes while establishing Evergreen's international operations in North, Central and South America. In the early 1990s, William spearheaded EVA Airlines' establishment and rollout in the U.S. and around the world. After over 40 years of service, William retired from the Evergreen Group in 2012. William enjoyed playing golf as well as watching sports on TV. He was keenly interested in keeping up with current events on TV and from reading newspapers. He liked his walks with his dog and grandchildren in his Palos Verdes neighborhood. William is survived by his children (John, Jackson, Joe, Ashley and Audrey) and grandchildren (Travis, Tristin, Loren, Ian, Foster, Everett, William, Walter, Olivia and Jacob). He was predeceased by his loving daughter Sue. William lived a long and productive life. He will be dearly missed by all who knew and loved him.

To plant trees in memory, please visit our Sympathy Store.
Published by Palos Verdes Peninsula News on Jul. 6, 2021.
MEMORIAL EVENTS
No memorial events are currently scheduled.
To offer your sympathy during this difficult time, you can now have memorial trees planted in a National Forest in memory of your loved one.
Funeral services provided by:
Green Hills Mortuary & Memorial Chapel
MAKE A DONATION
MEMORIES & CONDOLENCES
Sponsored by Daily Breeze.
3 Entries
I had the fine opportunity to open the original Evergreen United Office and worked along with Captain Wang and Captain Rosen and the rest of EUC´s marvelous crew for some years. Captain Wang was not only my employer but turned out to be a good friend. May he rest well based upon how much he contributed to the lives of so many. A true Gentleman.
A Former Evergreen-United Employee
Work
July 10, 2021
My deepest condolences and sympathy to the Wang family. I thank Mr. Wang for purchasing my property in Carson, CA in 1986. He also sponsored me for membership at Rolling Hills Country Club in 1987 which me and my wife are still members of for the past 34 years. Thank you Mr. Wang for all you did for me. May you Rest In Peace! Ken Inose
Ken Inose
Other
July 6, 2021
I had the pleasure to working with William in the 80's and 90's. He was a good and decent man and a credit to the maritime industry. My deepest condolences to his family.
John Barbieri
July 6, 2021
Showing 1 - 3 of 3 results