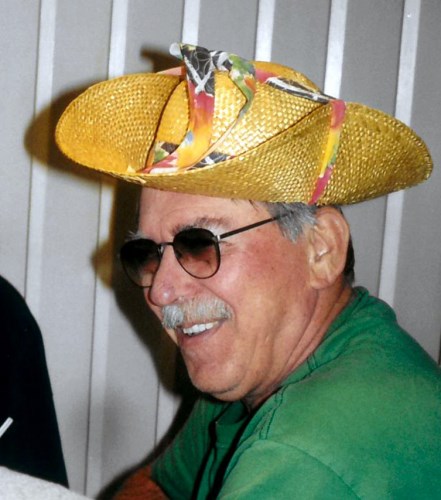 Private burial is at Moline Memorial Park. Cremation will take place at Trimble Crematory, Moline, under the direction of Cremation Society of the Quad Cities.

Allen Wayne Humphrey was born September 21, 1938, in East Moline, the son of Francis and Florence (Taylor) Humphrey. He married Elloria Williamson on June 1, 1997, in East Moline. He worked at John Deere for 30 years. He enjoyed fishing, woodworking, and restoring old cars, which he won awards for. After retiring, he and his wife snow birded to South Texas for 15 years.

He was a devoted and loving husband, father, and step-father, survived by his wife, Elloria; a son, Chris (Corrinne) Humphrey of Davenport; a brother, Bill (Joan) Humphrey of Moline; a sister, Carol (Keith) Larson of Colona; and a grandson whom he was very proud of, Rion (Stephanie) Marcinko of Denver. He is also survived by his extended family that he happily inherited from Elloria and took him into their hearts and loved him: a step-daughter, Cynthia (Frank) Baker of Moline; a step-son, Jeff (Kim) Black of Wylie, Texas; a step-granddaughter, Angie (Tim) Maranda of Moline; a step-grandson, Bryon (Shavonna) Johnston of Moline; and a step-great-granddaughter who he enjoyed watching grow up, Mikayla Adams of Moline. He was preceded in death by his parents and a daughter, Jacqueline Humphrey.

To plant trees in memory, please visit our Sympathy Store.
Published by The Rock Island Dispatch Argus from Oct. 17 to Oct. 18, 2020.
MEMORIAL EVENTS
No memorial events are currently scheduled.
To offer your sympathy during this difficult time, you can now have memorial trees planted in a National Forest in memory of your loved one.
Funeral services provided by:
Trimble Funeral Home & Crematory
GUEST BOOK
1 Entry
Allen was a customer of mine for several years. I was just at his house a few days ago to work on his TV. He was a nice guy. Sorry see he has passed. I hope he is in a better place.
Dave Mayfield
October 17, 2020