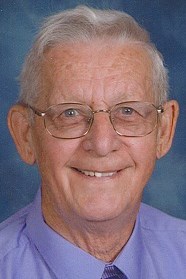 Funeral service will be held at 10:00 am on Saturday, April 24, 2021, at First Baptist Church, 1401 Perry Street, Davenport. Visitation will be from 5:00 pm to 7:00 pm on Friday, April 23, 2021, at Wheelan-Pressly Funeral Home and Crematory, Milan. Burial will be at Farlow Grove Cemetery, Matherville, IL. Memorials may be made to Kings Harvest Animal Shelter, Davenport or to the Quad City Animal Welfare Center, Milan.

Carl and Sara loved to travel. While he was stationed in Europe for his service, they traveled to multiple countries. They also traveled with their two four-legged traveling companions Duffy and TBear in their travel trailer through forty-nine out of the fifty states, and almost got to Alaska to make it fifty. Carl was a member of First Baptist Church, Davenport. He was active with the Angel Tree ministries and provider of financial support to church camp attendees. He enjoyed building 3D puzzles, woodworking, fishing, and camping. Carl loved spending time with his family and his dogs.

Online condolences may be left to Carl's family at www.wheelanpressly.com.

To plant trees in memory, please visit our Sympathy Store.
Published by The Rock Island Dispatch Argus from Apr. 18 to Apr. 20, 2021.
MEMORIAL EVENTS
Apr
23
Visitation
5:00p.m. - 7:00p.m.
Wheelan-Pressly Funeral Home & Crematory
201 4th Ave E., Milan, Illinois
Apr
24
Funeral service
10:00a.m.
First Baptist Church
1401 Perry Street, Davenport, Iowa
Funeral services provided by:
Wheelan-Pressly Funeral Home - Rock Island
GUEST BOOK
Sponsored by Wheelan-Pressly Funeral Home - Rock Island.
3 Entries
Carl & Sara were members & friends at the First Baptist Church here in Great Falls,MT. They were both very giving of themselves to the church & to the Lord. Were sorry to see them leave, now Carl is with Sara & the Lord. May he rest in Peace in Gods Heavenly Kingdom. He will be missed. Darla A Trudel, Great Falls
Darla A Trudel
Friend
April 24, 2021
With his humorous ways, Carl always had people smiling or laughing and was a friend to many. He was our pew mate, since we use to sit next to him in church. He loved showing us pictures of his 3D puzzles and I would joke with him calling them his Legos. We also would talk about and exchanged some garden flowers. I bet resting in the arms of the Lord and having a reunion with Sara put a big smile on Carl's face. R.I.P. Carl, and try to behave up there.
Tim & Karhy Moeller
Friend
April 24, 2021
Miss Carl a lot but I am sure the reunion at the rainbow bridge was fantastic
Suzette LeBarron
Friend
April 20, 2021