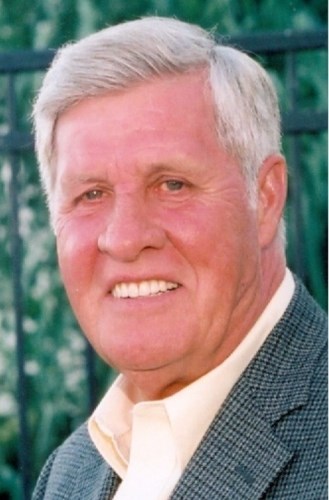 ROCK ISLAND-Donald E. Allison, 83, of Rock Island, passed away on Saturday, November 21, 2020 at Amber Ridge Memory Care, Moline. A Celebration of Life Gathering will be held at a later date. Memorials may be made to Down by the Creek Animal Sanctuary, Long Grove, Iowa. Wheelan-Pressly Funeral Home and Crematory, Rock Island is assisting the family.

Donald was born on August 15, 1937 in Rock Island, a son of James and Anna (Eidet) Allison. Don worked for the Rock Island Lines Railroad for 30 years. He was a member of Ducks Unlimited. Don was an avid hunter. He enjoyed playing golf and was an Iowa Hawkeye and Green Bay Packer fan. Don was also a volunteer at TPC Deere Run, Silvis. Mr. Allison served in the National Guard.

Don was preceded in death by his parents; and a sister, Jeanette Bealer. Online condolences may be left for the family at wheelanpressly.com.

To plant trees in memory, please visit our Sympathy Store.
Published by The Rock Island Dispatch Argus from Nov. 22 to Nov. 23, 2020.
MEMORIAL EVENTS
No memorial events are currently scheduled.
To offer your sympathy during this difficult time, you can now have memorial trees planted in a National Forest in memory of your loved one.
Funeral services provided by:
Wheelan-Pressly Funeral Home - Rock Island
GUEST BOOK
3 Entries
Thinking of you and your family, John A. Sally and Jim
Sally McDowell and Jim DeDecker
November 27, 2020
We would like to send our thoughts and prayers. Uncle Don was my football coach when I was in 6th grade. He pushed me to be the best I could be at a young age. I forever grateful for those life lessons. We will miss you Uncle Don! Love you!
Chris Allison
November 23, 2020
Dick and Family -. So sorry to hear about Don. Our prayers are with you at this time. Please keep your family safe !
Larry & Lou Lingafelter
November 23, 2020