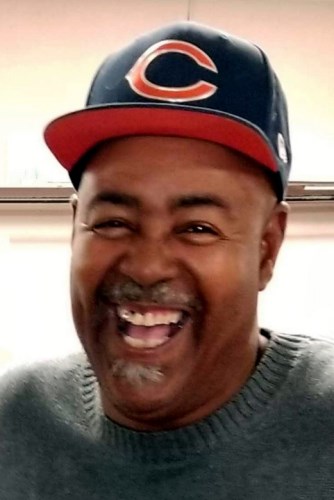 Irvin B. Lyord was born June 17, 1953, in East Chicago, Indiana, the son of David Ivey and Lois R. Lyord. Irv was raised by his aunt and uncle from the age of 3 months, Lena Tolson in which he called "Momma" and Richard Tolson in Brunswick, MO. He graduated from Brunswick Highschool in 1972. He relocated to Milan, Il with a family (Charles and Ann Robinson) that took him in and loved him like a son. While living with the Robinson's he attended Black Hawk College and played on the basketball team. He married Vivian Porter on June 19, 1976, in East Moline, IL.

He worked for Inland Steel Company in East Chicago, Indiana for several years before moving to the Quad Cities and working for Montgomery Kone Elevator Company. He moved to Colorado in 1988, working for Boulder School District as a custodian for several schools before starting his own lawn business. Most recently, he owned and operated Lyord-Basey Cane Corso Kennels, which he absolutely loved. Irv loved all his friends and family, too many to name, and so many that touched his life!

Later in life, he became a member of the Nation of Islam, he went by the name Brother Irv Muhammad, he enjoyed studying and reading books on the Nation. He enjoyed educating himself as well as others. Irv enjoyed his playing cards with "the fellas" whenever he visited the Quad Cities, he loved some good Mexican food, and his all-time favorite night snack in which he shared with his dogs, "POPCORN". He always enjoyed a friendly bet, especially if his team the Kansas City Chiefs were playing. Irv lived in Denver for many years and developed special friendships with many "great people", he never met a stranger. He had a passion and love for raising dogs, participating in various dog shows over the years in the Denver and Colorado Springs area making a name for Lyord-Basey Cane Corso kennels as a few of his Cane Corsos held Champion and Grand Champion titles.

The family invites friends to share stories and condolences at TrimbleFuneralHomes.com.

Published by The Rock Island Dispatch Argus on Oct. 3, 2021.
To plant trees in memory, please visit the Sympathy Store.
MEMORIAL EVENTS
Oct
9
Visitation
3:00p.m. - 5:00p.m.
Trimble Funeral Home & Crematory - Moline
701 12th St, Moline, IL
Oct
9
Service
5:00p.m. - 6:00p.m.
Trimble Funeral Home & Crematory - Moline
701 12th St, Moline, IL
Funeral services provided by:
Trimble Funeral Home & Crematory - Moline
MAKE A DONATION
MEMORIES & CONDOLENCES
Sponsored by Trimble Funeral Home & Crematory - Moline CityView Celebrations at Trimble Pointe.
2 Entries
My life will never be the same. I can't even imagine what life will be like without that awsome smile. Rest on sweet brother Irv. Much love!
Phyllis Clayburn
October 6, 2021
I loved Irv Lyord .... we joked that we were "Brothers from another Mother". We met playing basketball at Black Hawk and this developed into a lifelong friendship. He made me laugh and appreciate our friendship for so many years. I was blessed to have Irv in my life and to be able to see him in Denver over these past several years. Irv led our basketball team in emotion, teamwork and how to win so many games because we cared about each other. I will miss Irv so much and send my blessings to his family and know that you recognize he was a special man. Love you Irv!
Mike Hinrichsen
Friend
October 3, 2021
Showing 1 - 2 of 2 results