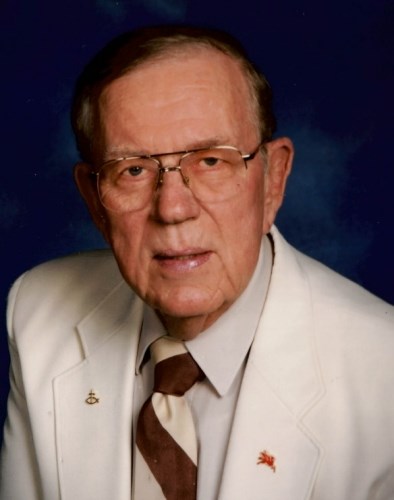 ALEDO-John W. Blick, 91 of Aledo, died Saturday, November 21, 2020 at Genesis Medical Center, Aledo. Private family services will be held at a later date. Memorials may be made to Easter Seals of Central Illinois or to the Churches of Mercer County Food Pantry. Condolences may be left at speerfuneralhome.com.

John Wendell was born on May 4, 1929 to Edwin & Lillian (Enstrom) Blick in North Henderson, Illinois. He served his country in the United States Air Force. While stationed in Montana, he met Frances Anderson and they were married on January 18, 1953 in Havre, Montana.

John began his career in the Oil Business on January 1, 1955 when he began Blick Oil, with his father Ed. He was currently CEO of Blick & Blick Oil, Inc. He believed in serving his community and was a member of the Exchange Club; the American Legion, where he was Past Commander; Illinois Petroleum Marketers Assoc.; Quad Cities Oilmen's club, where he was Past President; and the Antique Automobile Club of America. He enjoyed boating and was an avid water-skier; loved his antique cars and trucks and was a furniture craftsman. Frances and John enjoyed traveling all over the United States in their RV.

John is survived by his wife, Frances; children and spouses: Dawn & Charlie Douglas of Buckeye, AZ; Steve & Debbie Blick of Centerville, TN and Jackie & Roger Maynard of Aledo; 14 grandchildren; 14 great-grandchildren and one lovingly expected; and a sister, Marilyn & her husband, Tad Yarde of Monmouth. John was preceded in death by his parents and a brother, Gene Blick.

To plant trees in memory, please visit our Sympathy Store.
Published by The Rock Island Dispatch Argus from Nov. 22 to Nov. 23, 2020.
MEMORIAL EVENTS
No memorial events are currently scheduled.
To offer your sympathy during this difficult time, you can now have memorial trees planted in a National Forest in memory of your loved one.
Funeral services provided by:
Speer Funeral Home - Aledo
GUEST BOOK
1 Entry
So sorry to hear of John's passing. What I recall often and relay the story even today was his early adoption of synthetics (early 70s). I stopped by to talk to him about them; he took the time to answer my questions, provided technical info and backed it up with his personal use and testing. Because of that I switched and never waivered. He had great enthusiasm and very engaging! Will miss that smile!
Kermit Van Roekel
November 30, 2020