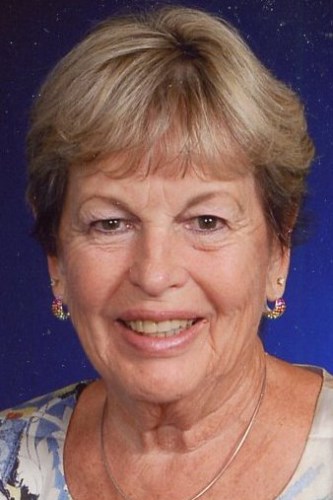 Julie Antha (Gardner) Land left us October 7th, 2021, and joined her family in heaven. Julie was born May 2nd 1942 in Monmouth, Illinois to Harold Gardner and Jane (Welch) Gardner. She and her sister Sally (Gardner) Swanson grew up on their family farm. Julie attended Galseburg High School and graduated in 1960 and also attended Eureka College. Julie married David Tate and they had two boys John and Daniel. Julie later married Roger Land on December 1, 1971 and moved to Silvis. Roger adopted John and Dan and then they welcomed Mellissa to the family shortly after. They made their house on 11th Street a home and Julie lived there the rest of her life. Julie was a former member of Grace United Methodist Church and was currently a member of Christ United Methodist Church. Julie worked for American Rental Association for many years and then worked at John Deere Health Care/United Healthcare until she retired. She enjoyed family vacations which always started in Estes Park, Colorado and after retiring she enjoyed going on cruises with her classmates from Galesburg High School.

Julie's greatest love throughout her life was family. She was blessed with her three children and their spouses John and Jill (Christian) Land, Daniel and Dawn (Fernaays) Land, and Melissa (Land) and Paul Garcia. She treasured her 10 grandchildren and 9 great grandchildren. Julie was surrounded by her loved ones as she passed, but every day she was surrounded by love and joyous memories in her home which were captured by the many pictures on her walls.

Julie was preceded in death by her parents, her stepfather Richard Terpening and her in-laws Richard and Mary Lou Land.

Funeral services will be 10 am Saturday, October 23, 2021 at Christ United Methodist Church, East Moline. Burial will be in Greenview Memorial Gardens, East Moline. Visitation will be 4-7 pm Friday October 22nd at the Van Hoe Funeral Home, Ltd. Memorials may made to the family. Online condolences may be left for the family at www.vanhoe.com.