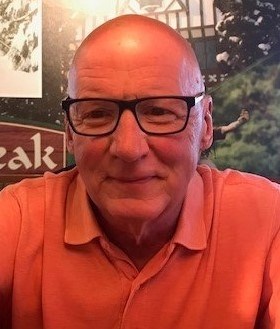 DAVENPORT-Michael E. Seymour, 61, of Davenport passed away Wednesday November 18, 2020 at his home. Cremation will be done with a celebration of life to be held at a later date. Memorials may be made to a charity of your choice. Online condolence may be shared at www.rungemortuary.com.

Mike was born December 29, 1958 in Rock Island, IL to Gene & Patty (Bowker) Seymour and was a 1976 graduate of Rock Island High School. He was united in marriage to Pamela Pierce on March 31, 1988 in Davenport, IA. Mike had worked for many years with Cheyenne Camping Center and previously at Red Jacket Pump.

Mike was an avid St. Louis Cardinal Fan, despite the rest of the family, and he loved his NASCAR with Chase Elliott being his favorite driver. His family was very important to him and he loved his yearly trips with them to Watkins Glen, NY to attend the NASCAR race. He was a good husband, dad, grandpa, son & brother who will be deeply missed.

To plant trees in memory, please visit our Sympathy Store.
Published by The Rock Island Dispatch Argus from Nov. 20 to Nov. 21, 2020.
MEMORIAL EVENTS
No memorial events are currently scheduled.
To offer your sympathy during this difficult time, you can now have memorial trees planted in a National Forest in memory of your loved one.
Funeral services provided by:
The Runge Mortuary and Crematory
GUEST BOOK
3 Entries
Sorry Pam, Mike always made me laugh and was fun to be around
Mike McNamara
November 25, 2020
So sorry for your loss Pam.
Hoss
November 23, 2020
I am so very for your loss. You are in my thoughts and prayers Miss Pam and family
Linda Phillips
November 22, 2020