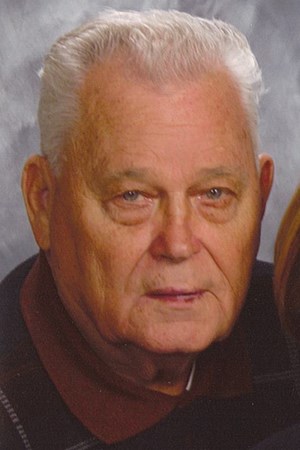 In accordance with Bill's request there will be a private family inurnment, with military honors presented by Milan American Legion, Post 569, at National Cemetery, Arsenal Island. Wheelan-Pressly Funeral Home and Crematory, Milan, is assisting the family with arrangements. Memorials may be made to the Quad City Animal Welfare Center, Milan or the American Diabetes Association.

Bill was born April 8, 1931 in DeWitt, Nebraska, a son of William and Blanche (Ankney) Neumann. He married Sheryl J. Truman on November 9, 1974 in Rock Island.

He was a U.S. Air Force veteran of the Korean War. Bill worked at Gould National Battery, Rock Island, until they closed. He then worked at J.I. Case until his retirement.

Bill was a member of Milan American Legion, Post 569 and the Rock Island Moose Lodge. He enjoyed hunting, fishing, gardening, lawn work, playing Euchre and going to the cabins in New Boston, Ill., and Minnesota. He also enjoyed caring for his beloved pet dogs.

Bill was preceded in death by his parents; two brothers, Lee Neumann and Guy Neumann; and two sisters, Ruth Donder and Betty Hunter.

To plant trees in memory, please visit our Sympathy Store.
Published by The Rock Island Dispatch Argus on Jul. 21, 2021.
MEMORIAL EVENTS
No memorial events are currently scheduled.
To offer your sympathy during this difficult time, you can now have memorial trees planted in a National Forest in memory of your loved one.
Funeral services provided by:
Wheelan-Pressly Funeral Home - Rock Island
MAKE A DONATION
Please consider a donation as requested by the family.
MEMORIES & CONDOLENCES
Sponsored by Wheelan-Pressly Funeral Home - Rock Island.
1 Entry
How he loved his yard and big toys, and he enjoyed having family over for special occasions ,there's many things I remember I'm so sorry for your loss Sheryl, and the rest of the family,
Hedda, Donder
Family
July 23, 2021
Showing 1 - 1 of 1 results