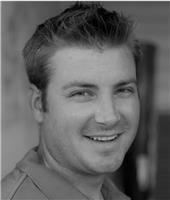 BORN
1980
DIED
2021
FUNERAL HOME
ALLEN FAMILY FUNERAL OPTIONS - Plano
2112 W Spring Creek Pkwy # E
Plano, TX
Gil Eldon Girard devoted much of his life to designing and creating with his hands. On July 21, 2021, he departed this earth while doing just that.
From his birth on May 23, 1980, he was officially many things; a Logan High School Graduate, a Waterwell Repairman, an IT Professional, a Picker and an Entrepreneur of several businesses. Unofficially, it's more practical to say there was barely anything he could not do, rather than attempt to list all the things he could do, and actively did.
However, those aren't the main things that his wife, Rachel Oppenheimer of McKinney, Texas; parents, David and Lois Girard of Nara Visa, New Mexico; sister, Tiffany Girard of Arlington, Texas; brother, sister-in law and nieces, Adam and Jessica, Evangeline and Lillian Girard of Blue Ridge, Texas; mother-in-law, Claudia Oppenheimer of DeSoto, Missouri; father-in-law, Ross Oppenheimer of Orlando, Florida; sister-in law and her husband, Whitney Oppenheimer and Zach Kashkett of Los Angeles, California will remember. His pure selflessness, his love and devotion to his family and his unfaltering kindness will live on forever in their hearts.
A Celebration of Life was held on July 28, 2021, at Allen Family Funeral Options in Plano, Texas (affoplano.com).
A Memorial Service was also held at the United Methodist Church in Nara Visa, New Mexico on Saturday, July 31, 2021.

Published by Quay County Sun from Aug. 2 to Aug. 4, 2021.
To plant trees in memory, please visit the Sympathy Store.
MEMORIAL EVENTS
To offer your sympathy during this difficult time, you can now have memorial trees planted in a National Forest in memory of your loved one.
Funeral services provided by:
ALLEN FAMILY FUNERAL OPTIONS - Plano
MAKE A DONATION
MEMORIES & CONDOLENCES
Sponsored by ALLEN FAMILY FUNERAL OPTIONS - Plano.
2 Entries
We are so sorry for the loss of your son. We will keep you in our prayers.
Ralph and Elaine Stevenson
August 3, 2021
As a Keith from Tucumcari (nephew to Melvin Keith) it´s sad to learn of a fellow New Mexican to have passed long to soon. May our Lord comfort Gils family and bless them for their memories of him.
Bill Keith, Denton
Other
August 2, 2021
Showing 1 - 2 of 2 results