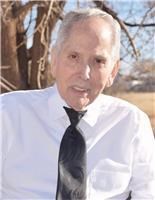 BORN
1947
DIED
2021
FUNERAL HOME
Steed-Todd Funeral Home
800 E. Manana Blvd
Clovis, NM
James Dimas, born in Santa Rosa, NM on January 7, 1947, age 74, went to be with our Lord and Savior
on September 28, 2021, peacefully in his home in Clovis, NM. Jimmy, as he was known to family and
friends, is survived by his wife, Linda; five daughters - Amy Leal (Frank), Stephanie Tapia (Daniel), Jenny
Warmuth (Billy), Anita Serna, Connie Mowles (Robert); and one son, Robert Calbert, Sr. Jimmy is also
survived by 4 sisters, Bertha Garcia, Gloria Montano, Agnes Romero, and Angela Maestas.
Jimmy and Linda were married 47 years and had 21 grandchildren and 20 great grandchildren. Jimmy retired from Logan Public Schools in 1991. He loved living in Logan, NM since 1974, but had to relocate to Clovis in 2005 to be closer to doctors due to his failing health. Jimmy served in the National Guard for many years, was a past board member of Eastern Plains Community Action Agency and Advisory Council
for the Headstart Program in Tucumcari, NM. He was a member of the New Mexico Public School Employees Association and American Legion in Logan and Clovis. Jimmy was an active member of Sacred Heart Catholic Church in Clovis, NM and was also a member and past board member for the
Building Fund Finance Committee for St. Antonio's Parish in Logan, NM.
He was preceded in death by his mother Flora Dimas, his father Jesus Dimas, his brother Joe Dimas, his
brother John Dimas, his sister Pattie Dimas, his sister Celine Valdez, his son in law Tomas Serna, and his son James P. Dimas.

A rosary will be held for Mr. Dimas on Friday October 15, 2021, at Sacred Heart Catholic Church in Clovis, NM at 1:30pm followed by a funeral mass at 2:00pm, and burial at a later date.