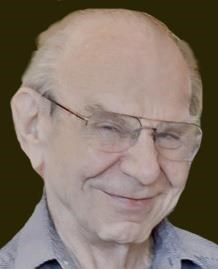 Allan R. Kirby, 77, a former resident of Grand Haven in Eldridge, Iowa died on Friday, January 1, 2021 at the Kahl Home in Davenport, Iowa.

A memorial gathering is being planned for later this year. Memorials may be made to the North Scott Schools STEM Programs. Chambers Funeral Home of Eldridge is assisting the family with arrangements.

He was born in Davenport, Iowa on May 20, 1943, the son of Floyd and Marjorie (Mess) Kirby. Allan was a 1961 graduate of North Scott High School and a 1965 graduate of Iowa State University. In 1971, he received his Ph.D in Experimental Physics from Case Western Reserve University in Cleveland, Ohio.

Allan retired from Carleton Life Support Systems in Davenport. In earlier years, he was an instructor at Sauk Valley College in Dixon, Illinois, was an Instrumentation Specialist for General Electric in Morrison, Illinois and an Engineer/Research Specialist for Dickey-John in Bettendorf, Iowa. In addition, he also worked for the Argonne National Laboratory and the National Aeronautics and Space Administration. (NASA)

His life revolved around his work and continuation of learning. He was an avid reader and was also a licensed private pilot.

He was preceded in death by his brother, Roger Kirby; and his parents.

Condolences may be expressed to the family by viewing his obituary at www.McGinnis-Chambers.com.

To plant trees in memory, please visit our Sympathy Store.
Published by Quad-City Times on Jan. 6, 2021.
MEMORIAL EVENTS
No memorial events are currently scheduled.
To offer your sympathy during this difficult time, you can now have memorial trees planted in a National Forest in memory of your loved one.
Funeral services provided by:
Chambers Funeral & Cremation Services Inc
GUEST BOOK
1 Entry
I remember when he drove our school bus and also you were neighbors. Prayers to you
Beverly Claussen Kluever
January 6, 2021