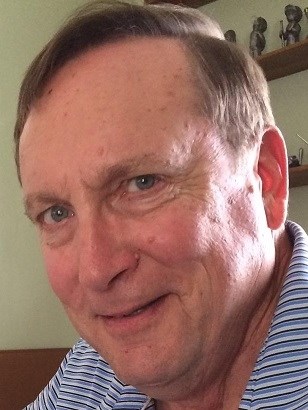 LECLAIRE-services celebrating the life of Dr. Arthur A Adams, III, 68, of LeClaire, will be 11am Monday, January 20, 2020 at the Halligan-McCabe-DeVries Funeral Home, Davenport. Visitation will be 2-5pm Sunday at the funeral home. In lieu of flowers, memorials may be made to Hope Lodge, Iowa City or Adventure Christian Church.

Art received his BAs in Psychology and Biology from Wartburg College in 1973. He received his Doctorate of Chiropractic from Palmer College in October 1976. He started his teaching career at Palmer in 1978.

Art loved babies and dogs. He enjoyed golfing, fishing in Canada and Minnesota, bowling, Bridge Club, and Lure Course racing with Harley the Whippet. He was a die-hard Cubs, Bears, and Hawkeyes fan. In 2013 he placed in the Our Iowa Magazine Chili Cook Off.

His father preceded him in death.

Online remembrances and condolences may be expressed to the family by visiting Art's obituary at www.hmdfuneralhome.com.

To plant trees in memory, please visit our Sympathy Store.
Published by Quad-City Times on Jan. 12, 2020.
MEMORIAL EVENTS
Jan
19
Visitation
2:00p.m. - 5:00p.m.
Halligan-McCabe-DeVries Funeral Home
614 Main Street, Davenport, IA 52803
Jan
20
Celebration of Life
11:00a.m.
Halligan-McCabe-DeVries Funeral Home
614 Main Street, Davenport, IA 52803
Funeral services provided by:
Halligan-McCabe-DeVries Funeral Home
GUEST BOOK
5 Entries
Art was always very kind to me - when I was new at Palmer and throughout our many years together there.
Alana Callender
January 16, 2020
Thank you, Dr. Adams, for your help in the student clinic. It was an honor learning under your guidance. Prayers to your family.
Riley Zielinski
Student
January 7, 2020
Thank you Dr. Adams for all you taught us in clinic- and for your political humor which kept us chuckling and critically thinking. Prayers for your family
Alissa Blair
Student
January 2, 2020
My thoughts and prayers go out to the family. God bless may Dr. Adam's rest in piece.
Colleen Ormsbee
January 1, 2020
Rest in peace Dr. Adams. Many hugs to the family.
Kathy Plunkett
January 1, 2020