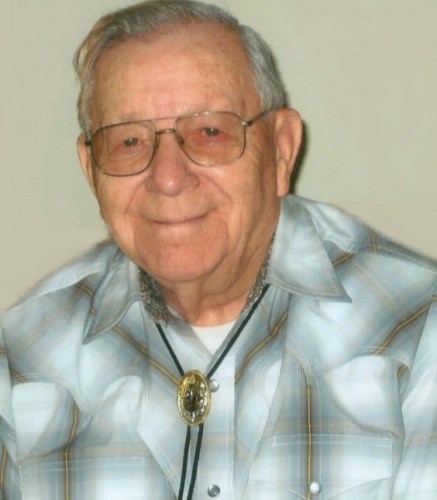 Arthur "Art" R. Hutchens, 91, of Bettendorf, IA, passed away on November 16, 2020, at Genesis East Medical Center in Davenport, IA. A private family funeral service will be held at Weerts Funeral Home due to COVID-19. Burial will follow at Davenport Memorial Park Cemetery in Davenport, IA. Online condolences may be expressed at www.weertsfh.com

Art was born August 13, 1929, to Archie and Vinnie (Prim) Hutchens in Wagoner, OK. There he attended Central High School before being drafted into the U.S Army and stationed in Korea during the Korean War. On July 1, 1951, Art was united in marriage to Wilma Wiles in Van Buren, AK. After the service, the couple relocated to Iowa in 1952. Art was employed at Alcoa as a Sheer Operator for 37 years before retiring in 1990. After retirement, he spent a lot of time playing the fiddle in the Country Christian Band and the Old Time Country Band. In 1993, Art won first place in the International Fiddle Contest. He was a charter member of Broadview United Methodist Church on Spruce Hills Drive. Art's daughter and grandchildren were the joy of his life. He also enjoyed traveling and camping in their motorhome for over 45 years, and at one time belonged to four motorhome groups.

Art will be missed by his loving wife of 69 years, Wilma; his daughter, Cheryl Dailey of Dunlap, IL; two grandchildren: Rebecca Ann Dailey of Atlanta, GA, and John David (Laura) Dailey of Cumberland, RI; three nieces; and a nephew. He was preceded in death by an infant son, Michael Art; three brothers; and two sisters.

To plant trees in memory, please visit our Sympathy Store.
Published by Quad-City Times on Nov. 19, 2020.
MEMORIAL EVENTS
No memorial events are currently scheduled.
To offer your sympathy during this difficult time, you can now have memorial trees planted in a National Forest in memory of your loved one.
Funeral services provided by:
Weerts Funeral Home
GUEST BOOK
0 Entries
Be the first to post a memory or condolences.