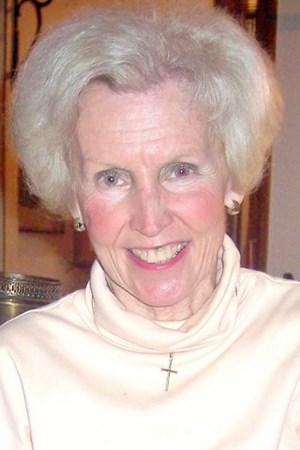 Beverly Vance Smith passed away Wednesday, June 2nd, 2021 in Overland Park, Kansas, with loving family near her side. A Memorial Mass will be held for Beverly at 10:30am on October 15th at Saint John Vianney Catholic Church, Bettendorf. A visitation will precede the mass at the church from 9:30-10:30am. A private burial will be held later at Mt. Calvary Cemetery.

Beverly was born in Louisville, Kentucky on August 6, 1933, twin daughter of Virginia and Robert Vance. She attended the University of Kentucky for two years and was a member of Phi Beta Kappa. She was united in marriage to the love of her life, Dr. John H. Smith on June 16th, 1956 at Holy Spirit Catholic Church in Louisville, Kentucky. The couple moved to Bettendorf, Iowa in 1967 where they raised their five children. She was preceded in death by her son, Robert (Bobby) Smith and her husband, John H. Smith, her parents, Robert and Virginia Vance and her sister, Barbara Dickinson. She is survived by her daughters Mary-Vance Smith, Barbara (Karen) Lewis (husband Scott), Julie Smith (husband David Lucas) and her son Paul Smith (wife Susan). She had nine grandchildren; Robert, Kaitlyn, Madeline and Julia Lewis of Boise, Idaho. Jackson, Caroline and Ellie Smith of Overland Park, Kansas and Claire and John Lucas of Tacoma, Washington. One great-grandchild, Luke Lewis of Boise, Id.

Her children will always remember her as their loving and compassionate mother with boundless energy who was always there to support and encourage them to pursue meaningful happy lives. We were so blessed to have had such loving and caring parents and amazing role models. Love to you Mom and Dad.

In lieu of flowers, memorial contributions may be directed to the organization of your choice.