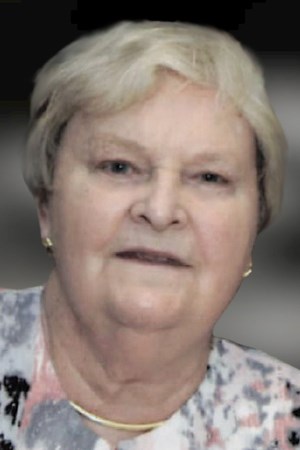 BETTENDORF-Carol H. Voelliger, 89, a former resident of Bettendorf died on Sunday at the Kahl Home in Davenport.

Carol Mae House was born at Mercy Hospital in Davenport on March 18, 1932 to Raymond and Jennie (Kuhl) House. She married Norman P. Voelliger at St. Paul's on December 10, 1952. They had enjoyed over 67 years of marriage when Norm passed away on July 4, 2019.

She was a member of St. Paul Lutheran Church where she was confirmed as a teenager. Her memberships included Genesis Auxiliary, Befrienders and WELCA (a women's organization at the church), TTT, AF Chapter and King's Daughters.

Carol played tennis into her seventies and deeply loved her family. Carol and Norm traveled in Europe and Canada and much of the United States with their three sons in their eighteen-foot travel trailer.

In addition to her husband, she was preceded in death by her sister and brother-in-law, Mary and Harold Stark, her niece, Mary House; and Norm's two-year old sister, Marlene.

Condolences may be expressed to the family by viewing her obituary at www.McGinnis-Chambers.com.

Published by Quad-City Times on Sep. 15, 2021.
To plant trees in memory, please visit the Sympathy Store.
MEMORIAL EVENTS
Sep
17
Visitation
10:00a.m. - 12:00p.m.
St. Paul Lutheran Church
2136 N. Brady St., Davenport, IA
Sep
17
Funeral service
12:00p.m.
St. Paul Lutheran Church
2136 N. Brady St., Davenport, IA
Funeral services provided by:
McGinnis-Chambers Funeral Home
MAKE A DONATION
MEMORIES & CONDOLENCES
Sponsored by McGinnis-Chambers Funeral Home.
5 Entries
Carol and Norm were regulars every Friday eve for many evenings. When we first joined they always made us feel welcome. R I p Carol, you will be greatly missed.
Steve and ann Suiter
Friend
September 16, 2021
Mom, May you rest peacefully ! Now your with Dad - catching up on things - for sure having a nice cocktail & laughing ! Thanks for everything you were more than my mother - " The Best " --- Love your # 1 Son - Ed
Ed Voelliger
September 16, 2021
I´m sorry to hear of Carol´s passing. Norm and Carol were great neighbors for years. She was such a nice person !
Jeanne Jones
September 15, 2021
Condolences to the Voelliger family, many memories on the river and at LPYC.
Mike Byers
Friend
September 15, 2021
I knew Carol as a neighbor. She was interesting, intelligent and vey kind.
Donna Price
Other
September 15, 2021
Showing 1 - 5 of 5 results