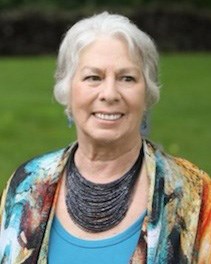 DAVENPORT- A memorial gathering for Carole L. Boyles, 77, a resident of Davenport, will be held from 4 until 6 PM Friday, July 16, 2021 at the Halligan-McCabe-DeVries Funeral Home, Davenport.

Carole was born on May 1, 1944 in Davenport, a daughter of Virginia (MacKenzie) and Walter Kresensky. Her father died in World War II and she was later adopted by Jack Wilkinson. Carole earned her degree in psychology from Illinois State University.

Carole was united marriage to Michael L. Boyles on August 21, 1974 in Normal, Illinois. She was a social worker in our area, primarily working with the elderly. Carole retired as program coordinator at the Area Agency on Aging at Western Illinois in 2009. She had previously worked at Generations and Vera French.

Carole enjoyed photography and was a part of the Quad City Photography Club. She was very talented and two of her pieces hang in the Cambria Hotel in Bettendorf. She enjoyed camping and RVing, butterflies, gardening, and flowers.

Memorials may be made to King's Harvest Pet Rescue.

She was preceded in death by her grandson Tony Armas and her parents.

To plant trees in memory, please visit our Sympathy Store.
Published by Quad-City Times on Jul. 14, 2021.
MEMORIAL EVENTS
Jul
16
Visitation
4:00p.m. - 6:00p.m.
Halligan McCabe DeVries Funeral Home
614 Main Street, Davenport, IA
Funeral services provided by:
Halligan-McCabe-DeVries Funeral Home
MAKE A DONATION
MEMORIES & CONDOLENCES
Sponsored by Halligan-McCabe-DeVries Funeral Home.
3 Entries
We wanted to take the time to express our deepest sympathies to all effected. We are so sorry for your loss. We were neighbors for several years on Pleasant ST. Dav. IA We have lost our father's & mother so we completely understand. So sorry once again. Prayers sent.
Robin & Donna Palmer
Other
July 21, 2021
I am so very for your loss. I enjoyed getting to know Carole. She was a sweet soul.
Deb Johnston
Friend
July 14, 2021
We attended Assumption and reconnected a year or so ago thanks to Vicki Marriot. I am so sorry for your loss.
Lynn Mulvihill Sours
Friend
July 14, 2021
Showing 1 - 3 of 3 results