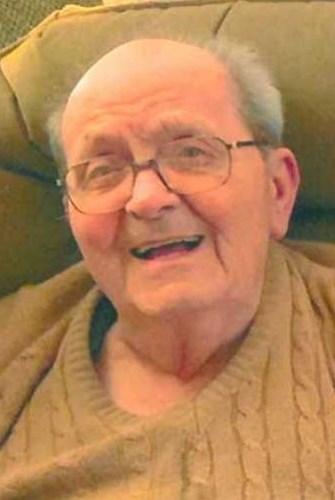 Chuck was born in Clinton on November 26, 1935, the son of George and Helen (Keogh) Klinkner. He graduated from St. Mary's High School in 1953. Chuck served with the U.S. Air Force during the Korean War. He married Frances Atkinson on January 28, 1961 at St. Mary's Church in Clinton. Fran passed away on September 2, 1993. He sold insurance for Prudential, worked for the Chicago North Western Railroad and owned and operated the Smoke Shoppe on 5th Ave. So. for many years. He later worked at Woody's Rendezvous and Farm and Fleet. He was a member of Jesus Christ Prince of Peace Parish and the Amvets. Chuck loved music and as a musician in his early years he played the steel guitar and the bass in bands. He enjoyed doing magic tricks and solving crossword puzzles. He faithfully watched Jeopardy and Wheel of Fortune , but what he will be most be remembered for is his caring personality, his witty sense of humor and the most remarkable ability to recall facts, stories and tell jokes.

Chuck is survived by his daughter, Kara (Gaye) Marr of Clinton; a grandson, Evan Marr of Cedar Rapids; sisters-in-law, Jan Klinkner of Clinton, Pat (Frank) Greve and Jackie Atkinson of Camanche, Nan (Marv) Feist of Oskaloosa, Mardella Dorrel of Chula Vista, CA, Mary (Onie) Butt and Barb Dodd of Clinton, Bonne (Gary) Tebbe, Carol Atkinson, Jane Atkinson and Marie Rossmann all of Preston, IA, Linda Atkinson of Lost Nation; brothers-in-law, Dan Atkinson of Moline, Steve (Deb) Atkinson of Davenport, Tony Schultz of Camanche and Steve Brown of Myrtle Beach and many nieces and nephews. He was preceded in death by his parents; his wife Fran; 2 sisters, Kate Kjergaard and Ty Martell and 2 brothers, Tom and infant George William. Memorials may be made to the Clinton Humane Society or AMVETS Post #28. Online condolences may be left at www.papefh.com.