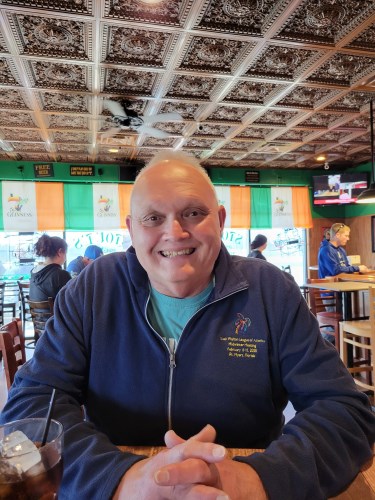 GENESEO-Charles Fredrick Palmgren, 72, of Geneseo, passed away on Sunday September 19, 2021, at Genesis Hospital - East Campus, Davenport, IA. A funeral service will be held at 10:00 a.m. on Saturday, September 25, 2021, at Vandemore Funeral Homes & Crematory - Geneseo Chapel. Reverend Dwayne Brothers will officiate. A visitation will be held from 5-7 p.m. on Friday, September 24, 2021, at the funeral home. Cremation rites will be accorded following the services. Memorials may be directed to the Charles F. Palmgren Memorial Fund

Charles was born on April 25, 1949, the son of Wayne and Ruth (Meissner) Palmgren, in Moline, IL. He graduated from JD Darnall High School, class of 1967. He married Karen Wendhausen on October 22, 2005. She preceded him in death on September 6, 2013. He married Lori Claeys at a service held in Florida, March 21, 2014. He was employed as a union painter with James A. Smith Painting, retiring in 2016. He enjoyed spending time with family and his dog, Luci Lu, and cat, Charlie Ann. How do you say goodbye to someone you love and cherish? Charles was all heart, a hard worker and loved to joke. He was a blessing to the lives he touched. An avid outdoorsman, he loved fishing and the lake. He will be dearly missed.

He was preceded in death by his parents, Wayne and Ruth; and his wife, Karen.