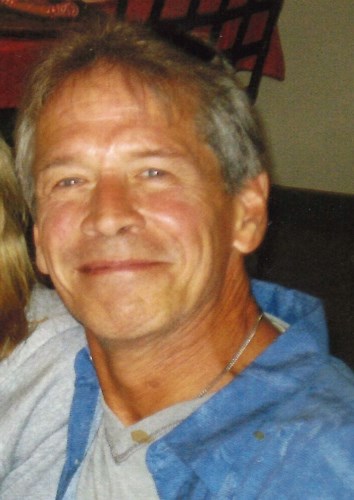 DAVENPORT-Christopher Joseph Matthys, 68, a resident of Davenport, died Saturday, September 11, 2021 at the University of Iowa Hospitals and Clinics in Iowa City.

A Memorial Mass will be held at 10:00 a.m. Thursday, September 30, 2021 at St. Anthony's Catholic Church in Davenport. Burial will be at Rock Island Arsenal National Cemetery. Visitation will be 8:30 a.m. - 10:00 a.m Thursday at the church. Memorials may be made to Handicapped Development Center. Halligan-McCabe-DeVries Funeral Home in Davenport is assisting the family.

Chris was born September 23, 1952 in Davenport, the son of Bernard and Agnes (VanCamp) Matthys. He graduated from Assumption High School Class of 1971. Chris married Patricia DeVine, September 18, 2010 in Davenport.

Chris worked at the Rock Island Arsenal, Joint Munitions Command (JMC) for 30 years as an Ammunition Specialist and a Technical Data Specialist. He served his country in the United States Army, and as a JMC Army civilian, he served three tours in Kuwait during Operation Iraqi Freedom. Chris loved to garden and grow plants, and earned his Master Gardener certificate through Iowa State University. He was also an excellent handy man helping family and friends with a variety of projects. He collected Indian art and artifacts, was an exceptional artist, musician and drummer. Chris enjoyed canning food, wintering in Arizona, and watching the Iowa Hawkeyes. He was a kind and generous person, and loved spending time with his grandchildren.

Published by Quad-City Times on Sep. 26, 2021.
To plant trees in memory, please visit the Sympathy Store.
MEMORIAL EVENTS
To offer your sympathy during this difficult time, you can now have memorial trees planted in a National Forest in memory of your loved one.
Funeral services provided by:
Halligan-McCabe-DeVries Funeral Home
MAKE A DONATION
MEMORIES & CONDOLENCES
Sponsored by Halligan-McCabe-DeVries Funeral Home.
1 Entry
Cris and I worked together in Tech Data. Chris was always friendly and a such a positive person. I´m proud of him serving during Operation Iraqi Freedom. Gods speed. I´m so sorry for your loss.
Doris Starr
September 27, 2021
Showing 1 - 1 of 1 results