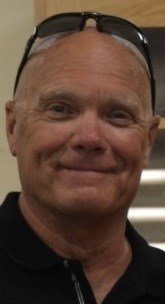 DAVENPORT-David E. Kaszinski, 68, of Davenport, Iowa, died Tuesday afternoon, September 15, 2020, in the comfort of his home surrounded by his loving family.

He was born on July 31, 1952, in Clinton, Iowa, to Raymond and Phyllis (Truelsen) Kaszinski. David graduated from Dewitt Central High School in 1970. After a brief time with the Dewitt Police Department, he began his career with the Iowa State Patrol in 1975. David retired from the State Patrol after 32 years of exemplary service, obtaining the rank of Assistant District Commander. He took great pride in mentoring younger troopers, supporting and encouraging them to follow their career aspirations. David served on the Iowa State Patrol tactical team and was also a technical accident investigator.

David and his wife, Teresa Miller (Kaszinski) made their home in Davenport, Iowa, over the past 20 years. He enjoyed woodworking, traveling, golfing, playing cards, and spending time with family and friends. Upon retirement, David started "Lawn in Order", a lawn care business that he and his wife managed for several years.

He has two children, Melissa (Christian) of Ohio and Kevin of North Carolina. David especially loved spending time with his three grandchildren, Ava and Dylan Sommer and Jackson Kaszinski. Grandpa Dave will forever hold a special place in each of their hearts.

A private family service will be held at a later date. Memorials will be directed to Cops Against Cancer.

Condolences may be expressed, and a photo tribute viewed at www.schultzfuneralhomes.com.

The family would like to extend a special thank you to the oncology staff of Dr. Costas Constantinou, as well as the amazing care and compassion provided by Denise (Rob) Thomas.

Arrangements are in the care of Schultz Funeral Home, DeWitt.

To plant trees in memory, please visit our Sympathy Store.
Published by Quad-City Times on Sep. 20, 2020.
MEMORIAL EVENTS
No memorial events are currently scheduled.
To offer your sympathy during this difficult time, you can now have memorial trees planted in a National Forest in memory of your loved one.
Funeral services provided by:
Schultz Funeral Home - DeWitt
GUEST BOOK
1 Entry
Dave was a great guy and he will be dearly missed and fondly remembered by me and many others each and every day. My thoughts and prayers are with you Teresa and family.
Timothy Bollmann
Friend
September 27, 2020