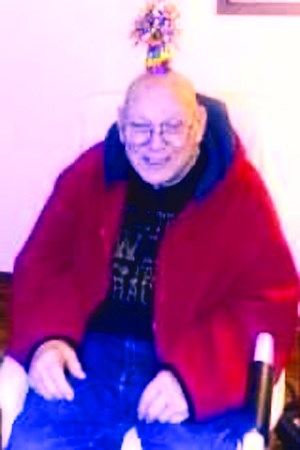 DAVENPORT-Donald Eugene Hennings, 80, of Davenport, passed away Monday, May 10, 2021 in Davenport. A celebration of his life will be Tuesday, May 18, 2021 at 2:00 pm at The Runge Mortuary. Visitation will be Monday from 4-7 pm at the mortuary. His final resting place will be in Davenport Memorial Park Cemetery. Memorials may be made to the American Cancer Society. Online condolences may be left at www.rungemortuary.com.

Donald was born in family home on March 4, 1941 in Davenport. He was the son of John William and Cora Jeannette (Slininger) Hennings. He graduated from Davenport Central High School. He joined the Marine Corps and served in the Vietnam War, receiving the Purple Heart Award, having been injured during combat.

He married Glenda Peterson on August 31, 1969 in Moline. He worked for the City of Davenport as a park technician and retired as a gardener after many years. After retiring, "Joe" worked part-time at Kimberly True Value and Hayman's Ace Hardware.

Family was everything to Donald. He enjoyed visiting his son Franklin's acreage and helping to mow and do repairs as needed. He enjoyed fishing with his son and grandson. Later in life, he enjoyed cooking. He was known for his "Canada Potatoes."