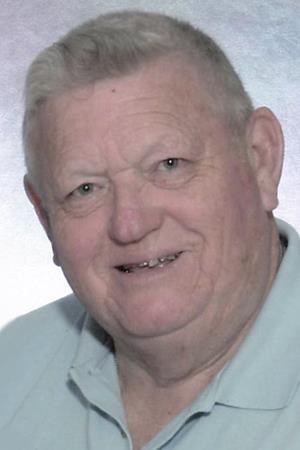 Funeral services will be held at 1:00 p.m. on Saturday at McGinnis-Chambers Funeral Home, Bettendorf. Visitation will be held from 11:00 a.m. until the time of service. Burial will follow at Davenport Memorial Park Cemetery. Memorials may be directed to Camp Wyoming.

Donald was born on July 14, 1938 in Swan Creek, Illinois the son of Charles Claire and Blanche Albina (McDonald) Sands. Following high school, Donald earned his bachelor's degree in chemistry from Monmouth College in 1960. He continued his education at the University of Mississippi "Ole Miss" and later achieved his master's degree in 1972 from Truman State University. On September 1, 1963, he married Beverly J. Nebel at First United Church of Christ in Burlington, Iowa. Donald taught chemistry at Burlington High School for three years prior to moving to Bettendorf in 1964. He taught honors chemistry for 37 years at Bettendorf High School until his retirement in 2000. Donald enjoyed camping with his family across the United States, from Florida to Wyoming. In retirement, Don and Beverly enjoyed traveling in their RV to Florida, California, Arizona, and Texas, as well as volunteering at Camp Wyoming. They were active members of various national RV Clubs and Bettendorf Presbyterian Church.

He was preceded in death by his parents; and a son, James, in infancy.

Online condolences may be shared with Donald's family at www.McGinnis-Chambers.com.

To plant trees in memory, please visit our Sympathy Store.
Published by Quad-City Times on Jul. 15, 2021.
MEMORIAL EVENTS
Jul
17
Visitation
11:00a.m. - 1:00p.m.
McGinnis-Chambers Funeral Home
644 River Dr., Bettendorf, IA
Jul
17
Funeral service
1:00p.m.
McGinnis-Chambers Funeral Home
644 River Dr., Bettendorf, IA
Funeral services provided by:
McGinnis-Chambers Funeral Home
MAKE A DONATION
MEMORIES & CONDOLENCES
Sponsored by McGinnis-Chambers Funeral Home.
4 Entries
I taught with Don for over twenty years and among other nicknames he called me "cousin." As it turns out we actually were true cousins. One of his earlier grandparents was a Keeney from the same branch of the Keeney family that I came from. I am planning on being at the visitation and funeral. I will bring what family history I have to share with anyone who is interested. Don Keeney, teacher friend from Bettendorf High School
Don Keeney
Friend
July 16, 2021
Very sorry for your loss.
Michele Gravert
School
July 15, 2021
Don was one of two great teachers I had at BHS. Great amount of fun while we actually learned something. Good guy and teacher!
Bill Gailbreath
School
July 15, 2021
Jennifer and Family,so very sorry for your loss.Prayers.
Kathleen Fitzgibbon
July 15, 2021
Showing 1 - 4 of 4 results