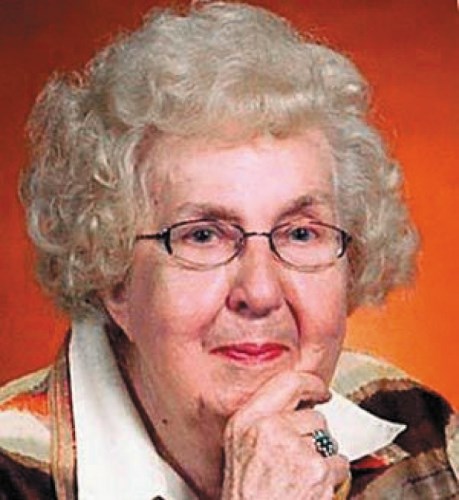 NORFOLK, NE-Services for Dorothy Fryer, 96, of Norfolk, NE, formerly of Davenport and Fort Dodge, will be at 2 p.m. Wednesday at the First Congregational United Church of Christ in Norfolk. The Rev. Jackie Perry will officiate. Burial will be in the Prospect Hill Cemetery in Norfolk. The Home for Funerals in Norfolk is handling the arrangements. She died Saturday, Dec. 7, 2019, at Faith Regional Health Services in Norfolk. The daughter of Roy and Helen (Bradley) Fryer was born on Oct. 3, 1923, in Norfolk. Following her graduation from Grinnell College in 1946, she was employed by the Fort Dodge Messenger for nearly 20 years, primarily as its regional editor. In 1966, Dorothy accepted the city editor position at the Norfolk (NE) Daily News. Following her 58-year newspaper career, Dorothy relocated to Davenport in 2004 to care for her cousin, the late Annice Maxwell. While in Davenport, Dorothy was a member of the Edwards United Congregational Church of Christ. She remained in Davenport until moving to The Meadows in Norfolk in May 2018 following a stroke.

Survivors include two cousins and many cherished friends. Condolences may be expressed to the family online at www.homeforfuneralsinc.com.