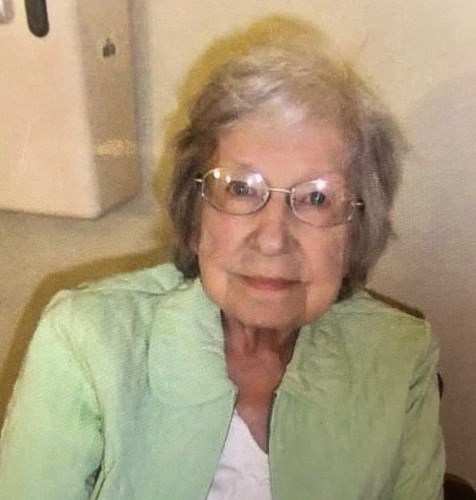 DAVENPORT-Edith Smith, 88, of Davenport, died Sunday, September 19, 2021. Edith was in the care of a wonderful staff at Silver Cross Pavilion, Friendship Manor at the time of her passing. Graveside services will be 2:30pm Thursday, September 30 at Rock Island National Cemetery. Those wishing to attend need to meet at Wheelan-Pressly Funeral Home and Crematory, 3030 7th Ave. Rock Island at 2:00pm on Thursday.

Edith was born on March 6, 1933 in Davenport, a daughter of Carl Westphalen and Artelia Meyers. She married Jimmie C. Smith and he preceded her in death on February 25, 1981. Edith stayed home to raise her children until they attended school. At that time she began a career in health care as a secretary for several doctors. She enjoyed shopping for great bargains and found many chasing after the Blue Lights at K-Mart. She also enjoyed ceramics, bowling and crossword puzzles. She loved her grandchildren and was overjoyed when the great grands came to visit.

Edith was preceded in death by her husband; parents; and siblings Velma Huetter and Pat Lange.

Online condolences and memories may be shared with the family by visiting www.wheelanpressly.com.

Published by Quad-City Times on Sep. 26, 2021.
To plant trees in memory, please visit the Sympathy Store.
MEMORIAL EVENTS
To offer your sympathy during this difficult time, you can now have memorial trees planted in a National Forest in memory of your loved one.
Funeral services provided by:
Wheelan-Pressly Funeral Home - Rock Island
MAKE A DONATION
MEMORIES & CONDOLENCES
Sponsored by Wheelan-Pressly Funeral Home - Rock Island.
1 Entry
It is far better to depart and be with Jesus. (Philippians 1:23) God bless all your memories of Edith as your family remembers her life.
Bucky & Anna Marie Percuoco
September 29, 2021
Showing 1 - 1 of 1 results