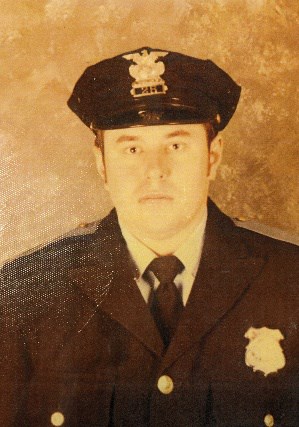 CLINTON-Edward S. Staszewski, 74, of Clinton passed away Friday, September 17, 2021 at his home in Clinton, IA. Visitation will take place Thursday, September 23, 2021 from 4:00PM to 7:00PM at the Clinton Chapel Snell Zornig Funeral Home & Crematory. Services will be held Friday, September, 24, 2021 at 10:30AM at Prince of Peace Catholic Church, Clinton. Online condolences may be expressed by visiting snellzornig.com.

Ed was born October 29, 1946 in Wildflicken, Germany, the son of Stanislaw and Stanislawa (Mielczarek) Staszewski. Ed immigrated to the United States when he was four years old. He was a 1965 graduate of Clinton High School and graduated from St. Ambrose College, with his degree in criminal justice. Ed married Mary Long, July 2, 1968 in Clinton at Sacred Heart Catholic Church.

He had been employed as Corporal with the Clinton Police Department for more than 27 years, he was also the director of the Clinton County Department of Veterans Affairs for the past several years and was the Community Service Representative for the Department of Corrections. Ed also worked at Eagles for years

Ed was a member of the AMVETS and the American Legion. He was active with Trees Forever, the Izaak Walton League, Pheasants Forever and was a master gardener. He was very active with the Iowa Department of Natural Recourses Hunter Safety Program and Boy Scouts of America and was an Eagle Scout

Ed was preceded in death by his parents, brother, John and a sister.

In lieu of flowers, memorials may be made to the Izaak Walton League or the AMVETS.

Published by Quad-City Times on Sep. 21, 2021.
To plant trees in memory, please visit the Sympathy Store.
MEMORIAL EVENTS
To offer your sympathy during this difficult time, you can now have memorial trees planted in a National Forest in memory of your loved one.
Funeral services provided by:
Snell-Zornig Funeral Home
MAKE A DONATION
MEMORIES & CONDOLENCES
Sponsored by Snell-Zornig Funeral Home.
0 Entries
Be the first to post a memory or condolences.