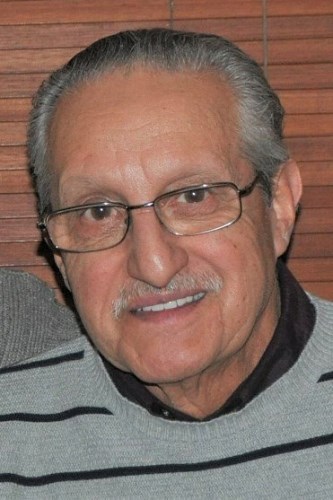 He was a machinist at the Chicago Rock Island Pacific Railroad in the 1960's and from 1970-1987 was a journeyman for International Harvester Farmall, Rock Island. He enjoyed working for the Davenport Schools as a bus driver from 1988-1998.

He was passionate about coaching youth sports for Davenport Little League, East Pony League, Rising Knights Football, and AAU Basketball from 1968-1990. He was a lifelong Cubs, Bears, Bulls, and Hawkeyes fan and enjoyed live music.

Memorials may be made to the Clarissa C. Cook Hospice House, Bettendorf IA.

He was preceded in death by his parents, wife, brother Anthony, infant sisters Rita, and Ann, and a grandson Elian.

Published by Quad-City Times on Nov. 28, 2021.
To plant trees in memory, please visit the Sympathy Store.
MEMORIAL EVENTS
To offer your sympathy during this difficult time, you can now have memorial trees planted in a National Forest in memory of your loved one.
Funeral services provided by:
Halligan-McCabe-DeVries Funeral Home
MAKE A DONATION
MEMORIES & CONDOLENCES
Sponsored by Halligan-McCabe-DeVries Funeral Home.
1 Entry
Our prayers to the family during this difficult time.
Terry and Patty Forrest
School
November 29, 2021
Showing 1 - 1 of 1 results