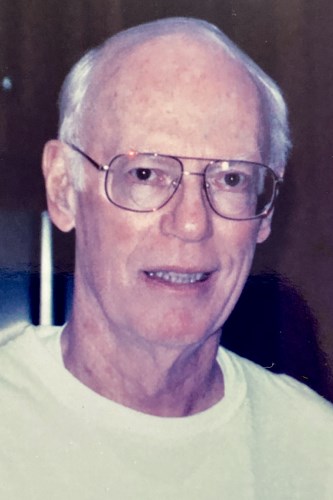 He was born at home in Kent, Ohio on January 20, 1931 to George Benton Veon and Isabel Dickerson Veon. George attended Kent public schools from kindergarten through high school. He graduated from Roosevelt High in 1949. George was in many school activities including football, basketball, golf and senior year honor society. He graduated from Kent State University in 1953 with a degree in Labor Economics. George worked in personnel and labor relations in the telephone equipment, meat packing and newspaper industries for thirty-five years. He retired early as vice-president of employee relations for the Chicago Tribune in 1988.

George admired Florence Elizabeth Bissler from the time she entered Roosevelt High after completing grade and middle school at St. Patricks. She became very popular, being selected twice as football queen. He finally asked her for a date on August 16, 1947. They became high school sweethearts. They were married two years after graduation on April 14, 1951. They had three sons, Greg, Mike and Tim.

George was preceded by his parents and his son Mike.

Honoring his wishes, he has been cremated and will be buried at Oakland Cemetery in Iowa City. A private graveside service will be held at a later date.

Published by Quad-City Times on Oct. 14, 2021.
To plant trees in memory, please visit the Sympathy Store.
MEMORIAL EVENTS
To offer your sympathy during this difficult time, you can now have memorial trees planted in a National Forest in memory of your loved one.
Funeral services provided by:
Lensing Funeral & Cremation Service - Iowa City
MAKE A DONATION
MEMORIES & CONDOLENCES
Sponsored by Lensing Funeral & Cremation Service - Iowa City.
0 Entries
Be the first to post a memory or condolences.