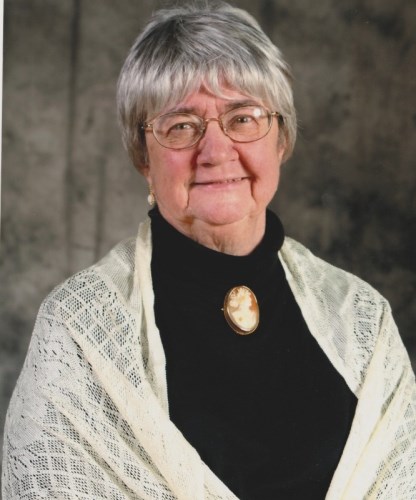 BETTENDORF-Gloria M. Handley, 88, of Bettendorf passed away in the comfort of her own home on Thursday, November 1, 2018. A visitation will be held on Monday, November 5, from 5:00 pm to 8:00 pm, at the Runge Mortuary, Davenport. Gloria will be laid to rest at National Cemetery, Rock Island Arsenal, at a later date. In lieu of flowers, memorials may be made in memory of Gloria to The Southwest Indian Foundation. Online condolences may be expressed by visiting www.rungemortuary.com.

Gloria was born in Lansing, MI, on December 29, 1929, to Harold and Mable (West) Martin. She married Robert H. Handley in Battle Creek, MI, on December 29, 1947. She and her husband were both involved with the Cultural Awareness Council of Bettendorf. Gloria was also a student of the Okinawan Culture. In addition, she wrote and published numerous fanzines for Beauty and the Beast, and managed its fan club.

Those left to celebrate her life include her daughters Linda J. and spouse Carol Handley, and Lori A. Gunn; three grandchildren, Stephanie (Terry) Shelton, Jarrod Gunn and Jacob Gunn; and great-grandchildren, Madeline and Aiden Shelton.

Gloria was preceded in death by her parents, her husband, and son, Robert.

To plant trees in memory, please visit our Sympathy Store.
Published by Quad-City Times on Nov. 4, 2018.
MEMORIAL EVENTS
No memorial events are currently scheduled.
To offer your sympathy during this difficult time, you can now have memorial trees planted in a National Forest in memory of your loved one.
Funeral services provided by:
The Runge Mortuary and Crematory
GUEST BOOK
Sponsored by The Runge Mortuary and Crematory.
0 Entries
Be the first to post a memory or condolences.