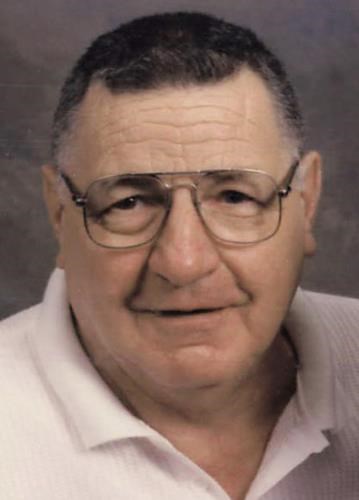 ELDRIDGE-Jackson H. "Jack" Paaske, 86, of Eldridge died on Sunday at his home surrounded by his beloved family.

Funeral services will be 11:00 A.M. on Thursday at Chambers Funeral Home of Eldridge. Burial will be in Pine Hill Cemetery, Davenport. Visitation will be from 4:00 P.M. to 7:00 P.M. Wednesday at the funeral home. Due to the Covid virus, masks must be worn and social distancing required for those wishing to attend the services. In lieu of flowers, memorials may be made to the family for a donation to Victory Junction.

Jack was an Army veteran, serving with the 84th Airborne Division during the Korean Conflict.

In earlier years, Jack worked for Alcoa and later for the Caterpillar Company of Mt. Joy. He left Caterpillar to start J & S Trucking which he operated for many years. He eventually returned to Caterpillar where he eventually. retired. After retirement, he continued to drive part-time for Amhof Trucking and H. F. Kroeger Trucking.

Jack was a stock car enthusiast, owning & maintaining his own stock cars (#4 and #81) along with Rudy Werdeman for many years. He enjoyed watching NASCAR (as long as it was a Ford) and spent many enjoyable hours "fiddling" in his garage.

Those left to honor his memory include his wife, Barbara; his daughters, Shelly Howell of Milan, Illinois and Brenda (David) Whitney of Silvis, Illinois; his grandchildren, Derek, Ashly and Garrett Hamilton; and his great-grandson, Liam Hamilton.

Jack was preceded in death by his son-in-law, Larry Howell; and his sister & brother-in-law, Joyce and Gary Holst.

Condolences may be expressed to the family by viewing his obituary at www.McGinnis-Chambers.com.