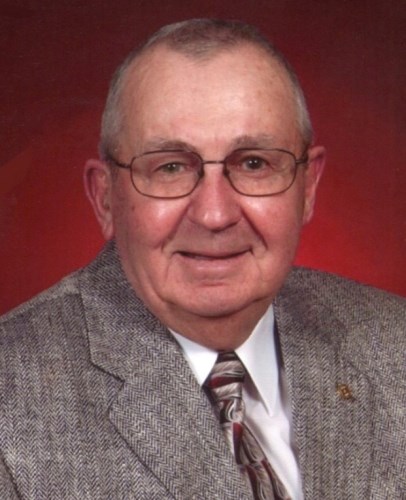 ALBANY-James "Gene" Chamberlain, 92, of rural Albany, IL, died peacefully at home on Tuesday, November 10, 2020, surrounded by his children. To honor his life, visitation will be from 4-7 pm on Friday, November 13th at St. Ambrose Catholic Church, Erie. Face coverings and social distancing will be required. A private Mass of Christian Burial will be held on Saturday, followed by graveside military honors in the Erie Cemetery. Those wishing to view Gene's funeral mass may visit www.gibsonbodefh.com Saturday afternoon and click on the link in his obituary. In lieu of flowers, memorials may be made to the Greg Chamberlain Memorial Scholarship through the Erie High School or St. Ambrose Catholic Church.

Gene was born on May 17, 1928, in Newton Township, to George and Rosella (O'Neil) Chamberlain. He was a lifelong resident of Whiteside County, graduated from Dewey School in 1942 and was a 1946 graduate of Erie High School. On May 26, 1951, he was united in marriage with Dorothy Mae McKenna at St. Ambrose Catholic Church in Erie. Together they raised nine children. Dorothy passed away in February 2016.

Mr. Chamberlain had a successful farming career in Whiteside County that spanned his lifetime. He served as Sergeant First Class in the US Army for 2 years and was a Korean War Veteran. He had the privilege of being part of the first Quad City Honor Flight for Korean War vets in 2012 which was a cherished memory for the rest of his days. Gene was a lifelong member of St Ambrose Catholic Church, serving 20 years as a Trustee. He was the first President of the Parish Council and served as a Eucharistic Minister. Gene was a third and fourth degree Knight of Columbus and a lifelong member of the American Legion and Albany Lions Club. He served many years on the ASCS and FSA committees for the US Department of Agriculture and was the Meredosia Levee and Drainage District Commissioner for 43 years, his last 22 as chairman.

In addition to spending time in his fields, Gene enjoyed "talking shop" with other farmers. He proudly supported the activities of his grandchildren and great-grandchildren, loved visiting with family and friends, traveling, playing cards and spending time on his computer. Dad/Grandpa will be remembered for his quick wit, funny jokes and 3D mind that could fix almost anything. His role as family historian will be truly missed. 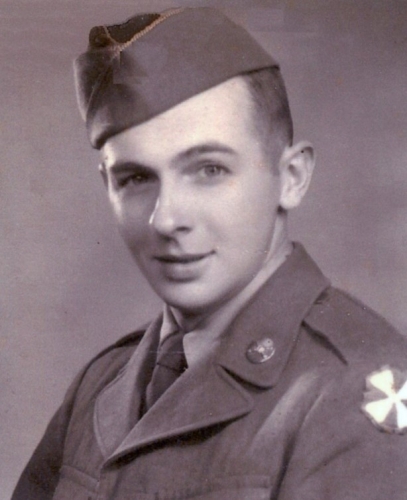 To plant trees in memory, please visit our Sympathy Store.
Published by Quad-City Times from Nov. 12 to Nov. 13, 2020.
MEMORIAL EVENTS
Nov
13
Visitation
4:00p.m. - 7:00p.m.
St. Ambrose Catholic Church
, Erie, Iowa
Nov
14
Graveside service
Erie Cemetery
Funeral services provided by:
Gibson Funeral Homes, Ltd. - Erie
GUEST BOOK
2 Entries
Laura and family, we are so very sorry for your loss. Our prayers are with you all.
Melanie and Steve Meersman
November 12, 2020
God bless you and your family. Peace be with you.
Ruth Viktora
November 12, 2020